France is home to a Muslim community of more than six million, making about 9% of the country’s population, the largest in Europe.

Being the country’s second-largest religion after Christianity, Islam has more than 110,000 reverts of indigenous ethnic French background.

According to Pew Research Center, three million foreign-born Muslims in France are largely from France’s former colonies of Algeria, Morocco, and Tunisia. The number of Muslims in France will exceed 10% by 2030, the Center said.

Most of the Muslims population is concentrated in Paris and areas around it, making around 15% of the capital’s population. There are also substantial Muslim populations in Marseille, Lyon and their outlying suburbs (Banlieues).

Half of the Muslim population is believed to be under the age of 24, according to the BBC. 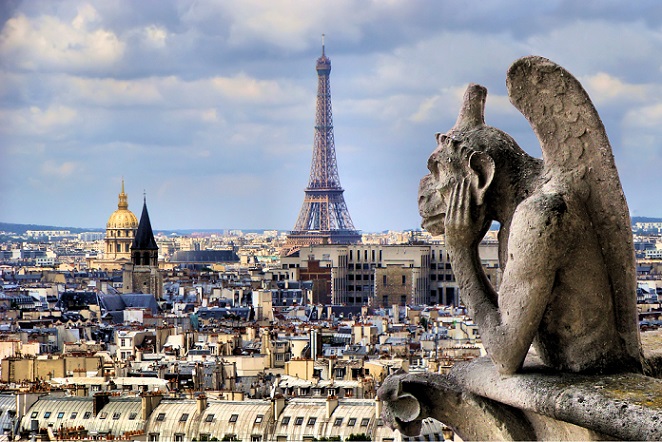 The history of Muslims in France extends back to the 8th century following the occupation of Spain by Muslim Moors.

During the 15th century, the expansion of the sea trade brought the French into contact with Islam in the Ottoman Empire, in West Africa, and in the Indian Ocean.

The first real wave of Muslim immigration to France started during the contemporary era, in the wake of the colonial wars of independence from France between 1954 and 1962, when many Muslims were officially recruited for labor.

Between the 1960s and 1970s, Muslim immigration increased with many males coming from Algeria and other Northern African colonies. 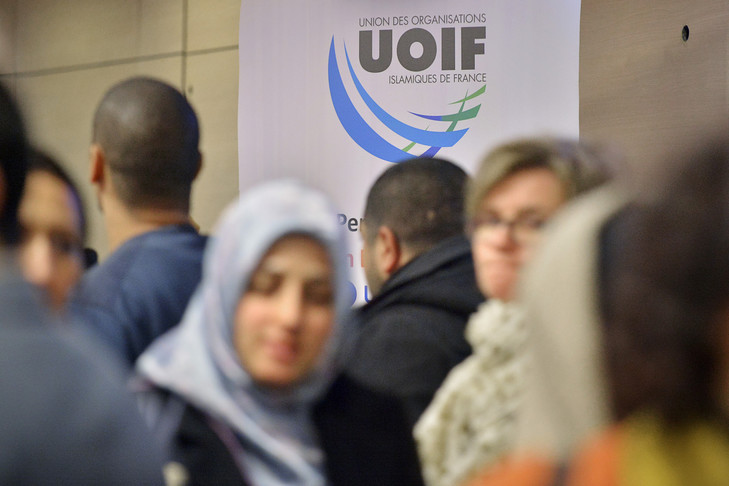 Owning 30 mosques and operating 200 others, UIOF promotes integration in the French community through catering to the religious, cultural, educational, social and humanitarian needs of the Muslims of France.

Created on May 28, 2003, the French Council of the Muslim faith is a national elected body which serves as an official interlocutor with the French state in the regulation of Muslim religious activities.

While CFCM has no special legal standing, it is the de facto representative of the French Muslims before the national government. Nicolas Sarkozy, the then Minister of the Interior, supported the creation of CFCM.

Established in 1989, the Paris-based EMF is an association made by students for students.

The association aims to promote an inter-faith and inter-cultural approach to the challenges experienced by students, make an effort to fight for comprehensive advancement of students-academic, social, and personal, and encourage the university setting as hospitable grounds for open dialogue and discussion.

Composed of a predominantly Moroccan constituency, FNMF was established in 1985 by a group that broke off from the Paris Mosque and other representatives from the Muslim community.

Meanwhile, the federation is currently funded primarily by member contributions.

France has more than 2300 mosques, according to Dalil Boubakeur, president of the French Muslim Council (CFCM). 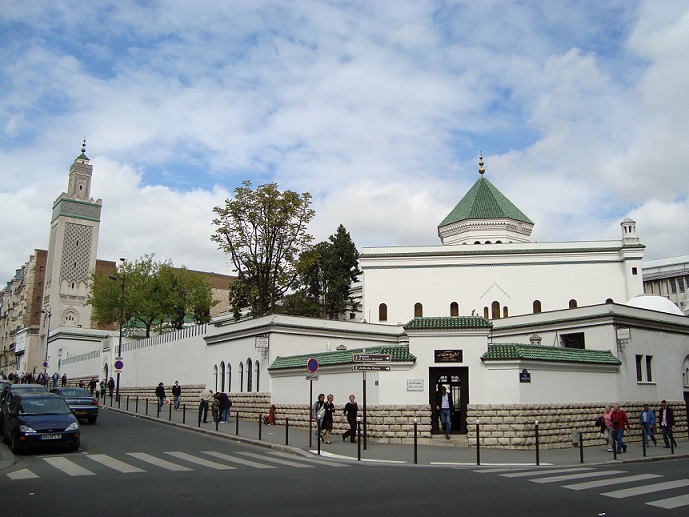 Founded in 1926 as a token of gratitude for Muslim soldiers after WWI, the mosque is widely Known as The Paris Mosque or The Great Mosque of Paris.

Located in Paris, the Grand Mosque of Paris is one of the largest Muslim worship places in the country.

Having a 33-meter minaret, the mosque was built following the mudéjar style.

Historically, it was funded by King Fahd of Saudi Arabia and other Muslim countries. The Mosque includes cultural facilities, a library, and a school.

Built in the 1980s, the Grand Mosque of `Evry has a cultural center associated with its building. Located in `Evry, Paris, the mosque opened ten years after its construction in 1995.

Located in Hem, the mosque was built in 1984. Al Fath Mosque is governed by a board including six members who work to reflect the true face of Islam.

Built at the end of the 1990s, it is also called the Sunna mosque. The mosque, which is located in the Saint-Claude area, has a minaret.