“I don’t feel safe at school. Sometimes I say to my dad, ‘I don’t want to go to school anymore.’”

These words were spoken by a 15-year-old schoolboy named Jamal, who, with his family, escaped from Syria as refugees to resettle in the Yorkshire town of Huddersfield.

In a desperate attempt for help, Jamal e-mailed the local authority, the local council, the Department of Education and the police, with no result. Eventually, Jamal got in touch with a local Councillor, Bernard McGuin, who said, “This cry for help really touched my heart. It hurt me. I was glad he contacted me.”

As a London-based solicitor, Tasnime Akunjee observed repeated complaints of bullying were being made to staff as well, but they were being ignored.

Eventually, footage of Jamal being ‘waterboarded’ by a bully was shared on social media resulting in the outrage, and the subsequent outcry.

Jamal was not alone as a victim. His sister, who attends the same school was also being bullied to the point where she tried to cut her own wrists in the school toilets. And in a more recent incident, her pink headscarf was removed from her head, though the school did exclude the girl who bullied her. 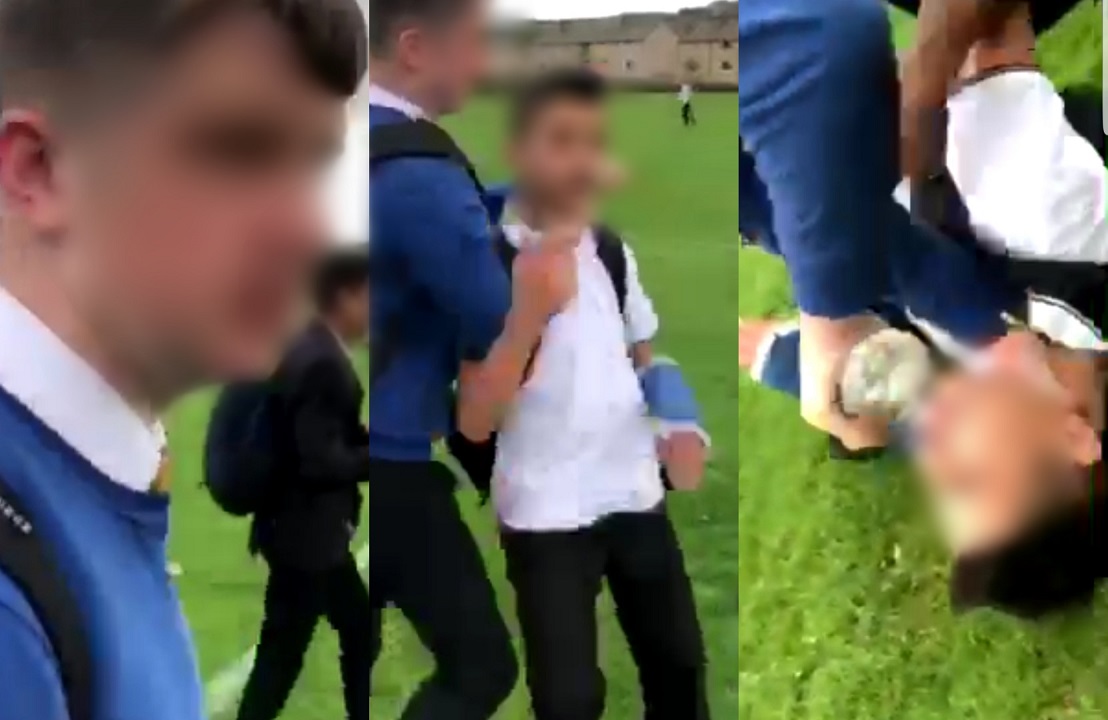 A Plea for Help

On their website, the charity MEND (Muslim Engagement And Development), observe that “Islamophobia has risen to intolerable levels for many British Muslims. Discrimination at work and abuse in the street are all too common.”

Creating a safe space for children to live, explore and discover life, without fear of abuse, directly or indirectly, is increasingly important. And this applies to all faith groups, including Hindu, Sikh, Jewish, even the various Christian denominations.

Former presidential candidate Hilary Clinton shared a video in a Tweet on what she describes to be the ‘Trump Effect.’ In it, children from different backgrounds and situations share their stories of being bullied, including a young Muslim boy.

"I've been bullied for being Muslim. … It hurts, you know."

This is the Trump Effect: pic.twitter.com/PNmSX0ofOE

In a Tweet, British Muslim Dr Umar Al-Qadri demonstrates how bullying is a fringe activity, as the response to Jamal’s situation has raised significant donations for his family.

Yes there are racist and bully’s in every society. But there are also those that will stand up against #racism and #hate. Within one day #British ppl raise more than 100k for #Syrian Refugee #JamalFromHuddersfield that has been bullied for over two years at school. pic.twitter.com/VTWp2bgV31

The first Tweet demonstrates the normalization of abuse and bullying, led in the US by the now American President, but carried similarly here in the UK as a result of populism that drives the #Brexit debate.

The second Tweet provides the counter balance. Whether in the US, the UK, or anywhere else in the world, there exists amongst people a common decency, a mutual humanity, and it is that which must be expressed and shared further.

Statistics from MEND show that 1 in 3 Britons admits being racially prejudice. Whether this translates to direct or indirect abuse and mistreatment is a subject for discussion.

Stand Up To Bullying – Powerful

In her article in The Independent, Lucy Nichol writes, “We need to radically change the way we talk to kids about drugs,” citing the charity Addaction who suggest that there should be more open conversations about drugs.

In a narration relayed in the Sunah of Abu Dawood, it is reported that Prophet Muhammad (peace be upon him) once said that a person will follow the religion of their friend, so be careful who you make your friend.

So while keeping good company is one very important way to help shape our choices, it is open dialogue and conversation with children, making them aware of values and choices – particularly when the internet is at this fingertips – that will empower them with sufficient knowledge to behave better.