In this article, Dr. Asad, a British Muslim, reflects on his Hajj experience, sharing his thoughts on Umrah and Hajj, as he goes through the spiritual journey along with more than two million Muslims from across the world.

For the previous episodes:

This is the first day we give it ‘large’ at the Jamarat (stoning of the devil).

Remember all those ‘kankers’ (stones) we collected in Muzdalifah?

Well here is where we’ll be using them for the next 3 days.

On day one (10th Dhul Hijjah), while the rest of the world is enjoying Biryani [`Eid Al-Adha] with their family, we were busy making the long walk straight after Fajr from Muzdalifah to Mina (can take 45 mins – 1 hour with walking traffic).

We then went straight on from Mina to the Jamarat (again another 45 minutes – 1 hour depending on human traffic en route).

What an amazing experience that walk was. It was like 100,000 football fans walking through the tunnel chanting ‘Labayk allahuma Labayk’, and the Jamarat was our ‘Wembley!’

The chanting and the audible clicking sound of stones hitting the wall was something else. It sounded like a bowl of rice crispies as soon as you put the milk in.

Important tip: you may be stopped by your tour operator and the camp security at Mina if you try and go to the Jamarat outside your allotted time. This is done to ease the congestion at the Jamarat. When you go in can I advise you to stay to the left until the end and make your way to the end of the grand daddy Jamarat where you’ll find more space to swing your arms and let the Shaytan [Satan} know you’re here. 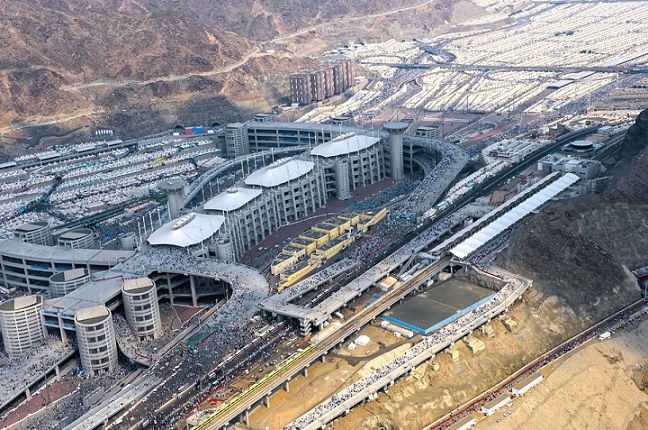 Historically, the Jamarat is a symbol of Hazrat Ibrahim’s resistance to Shaytan’s evil whispers in his ears. He took stones to keep the devil’s distractions away while he focused on the tasks set to him by the Almighty (swt).

It’s an experience in itself and one to remember.

A further challenge came about in the 90 minute journey straight after toward Makkah. This was quite easily one of the hardest walks we’ve had to make in intense heat exceeding 40 degrees.

Once your Qurbani [Udhiyah] is done, its time to shave your head. It’s now as if you are reborn with the same level of innocence as that of a new born baby!

Do NOT underestimate how difficult this day is both physically and mentally.

More tips: Please make sure you carry your water flask with lots of water in it, as this journey is one of the greatest challenges of them all.

I was lucky on return to Makkah as I was able to catch my final Juma`h here in the holy city before departure and make dua for all those that requested it.

More later on what the barber did to my head!!!

This article is from our archive, originally published on an earlier date, and currently republished it for its importance.