CANBERRA – A growing number of Muslim women are entering in the field of sports in Australia, taking their expedition to professional levels.

The Guardian’s photographer Lisa Maree Williams took shots for some Australian Muslim women who excel in a variety of sports.

“It’s like a movement of sisterhood … the girls are like family,” expressed Dalal Karra-Hassan, a Muslim trainer and the founder of Dolly’s Bootcamp gym in Sydney, The Guardian reported.

Dolly’s Bootcamp is famous among Muslim women in Australia’s largest city, however, it’s also open to all women, and it attracts more than 100 clients per month. 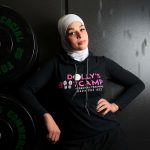 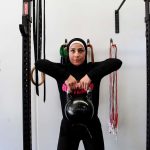 Indeed, the gym enjoys an atmosphere of sisterhood, as the founder’s sister Aziza Karra-Hassan also partakes in the bodybuilding sessions.

Another dedicated trainee is Sarah Alameddine who enjoys the aerobics at the camp on regular basis.

A few districts away from Dolly’s Bootcamp, a group of Muslim girls play Australian Football in Hannaford Oval, Wollondilly at southwestern Sydney. They are not only members of the Auburn Giants team, but one of them, Amna Karra-Hassan, is even the squad’s captain.

“It’s mentally and physically challenging and motivating. It’s exposed me to different cultures and girls. I want to see how far I can go,” Yasmin Ghamrawi of the Auburn Giants feels.

The other Muslim players of the team are Israa Kanj, Boushra Elkheir, Alyssa Alameddine and Sarah Assaad. 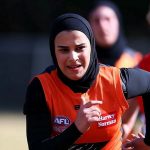 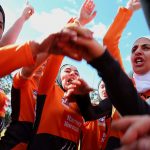 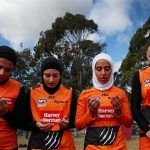 Up to the professional level, Australia’s 2017 national karate champion under 55kg was the veiled Muslim player Zeynab Alshelh.

Alshelh trains at Bankstown in Sydney with her brother Ahmad and her friend Ifdal Noureddine. “Karate for me started as something cool and fun to do, but now it’s more a way of life. You live it. I feel I do have to pave the way for younger women coming through,” Alshelh said.

Another example of Muslim Australian champions is Bianca Elmir who’s a national boxing and Mixed martial arts (MMA) champion. She trains under the supervision of coach Jamie Pittman at Stockade Training Centre in the Australian capital, Canberra.

“Boxing is very humbling and a real test of character,” Elmir says.

“I think it brings out the great sides of the human psyche if it’s done well. Mastering something that is so highly skilled takes a lot of repetition and patience.” 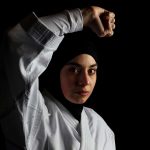 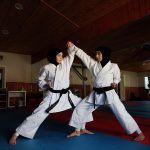 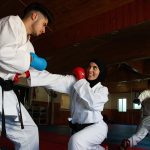 Australian Muslim girls outshined in various sports, and one of these is the tough game of weightlifting.

“Training makes me feel strong, I feel a sense of accomplishment,” this is how Liali Karra-Hassan has expressed her attitude towards her sport. She trains with coach Steve Willis at Concord CPS gym in Sydney.

According to the 2016 Australian Census, Muslims make up 2.6% of the Australian population with 604,200 persons. 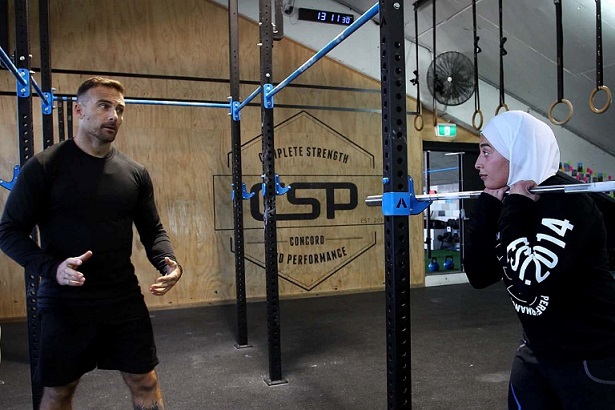