“Sad news has reached us of the persecution of our Rohingya brothers and sisters. … Let us pray for our Rohingya brethren,” Pope Francis said in August.

The Rohingya Muslims have been running for their lives, hoping to escape what they believe is certain death and risking it all to cross illegally from Myanmar to Bangladesh. As of today, nearly 150,000 Rohingya have crossed into Bangladesh.

There have been reports of villages surrounded and homes burned to the ground as well as torture, executions and rape.

Satellite images obtained by Human Rights Watch captured pictures of devastation. Yet, international aid to the region has recently been blocked by the government.

Parliamentary secretary to the Minister of Foreign Affairs Omar Alghabra said the Liberal government has asked Suu Kyi to find a way to stop the violence and to work with international partners to achieve peace.

“The violence is still ongoing so obviously there’s a failure on part of the military, on part of the government,” Alghabra told The Globe and Mail on the sidelines of the Liberal caucus meeting in Kelowna, BC, on Wednesday.

“I don’t think we heard the end of this yet about what our role is going to be. As I said, we are still assessing the situation and we’re looking for ways for Canada to be constructive. We are in discussion as well with our embassy over there, with our officials on the ground.” 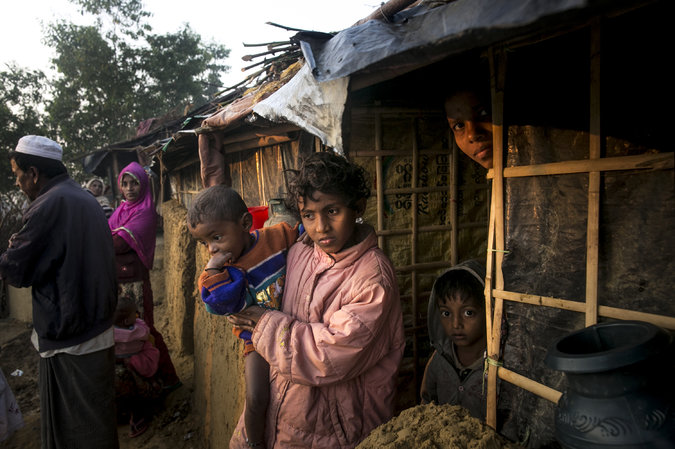 Canada is deeply concerned by the flow of refugees from Myanmar & reports of serious abuse against the Rohingya. Civilians must be protected