TOKYO – Models wearing an array of colorful hijabs walked down a Tokyo catwalk on Tuesday, November 22, in the first such fashion show for Muslim women in Japan.

The show took place as part of a two-day Halal Expo Japan event.

Around 10 brands, mainly from Singapore, showed their creations at the Tokyo Modest Fashion Show.

Islam began in Japan in the 1920s through the immigration of a few hundreds of Turkish Muslims from Russia following the Russian revolution.

In 1930, the number of Muslims in Japan reached about 1000 of different origins.

Another wave of migrants who boosted the Muslim population reached its peak in the 1980s, along with migrant workers from Iran, Pakistan and Bangladesh.

Japan today is home to a thriving Muslim community of about 120,000, among nearly 127 million in the world’s tenth most populated country.

The Halal Expo comes amid plans to show the heart of Japanese hospitality as Tokyo prepares to host the 2020 Summer Olympic Games.

Leading the efforts, Narita Airport in Chiba Prefecture put up a new sign earlier on December 2014 saying “Prayer Room” for Muslims in front of private rooms in its first and second terminals.

The rooms, called Silence Rooms, were covered with a carpet and a direction panel pointing to the holy city of Makkah.

More steps were announced by January 2014, including the installation of washing equipment in the prayer rooms for Muslims wudu’ (ablution). 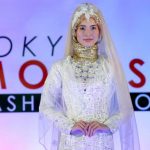 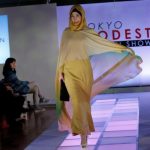 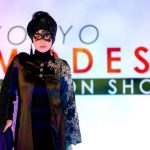 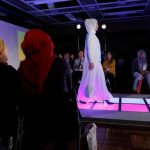 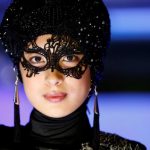