CAPE TOWN – A Cape Town mosque is exhibiting relics believed to belong to Prophet Muhammad (Peace be upon him), in one of the mosque’s proudest moments in its nearly 30-year history, Cape Times reported Wednesday.

“We have had many high points in our history, and this is very high up on the list. It is an overwhelming experience,” said Sataar Parker, chairperson of Masjidul Quds, also known as the Gatesville Mosque.

Hosted by the Chishty Sabiree Jahangiri Khanqa and Research Centre, the International Sacred Trusts Exhibition will tour across South Africa.

The show includes 10 relics which are believed to date back 1440 years. 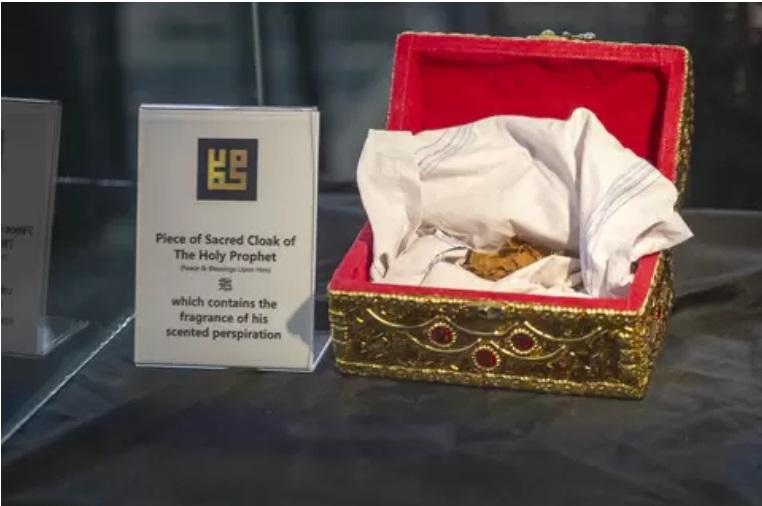 The relics on display include a sandal of the Prophet, a part of his turban, a part of his cloak, soil from his grave, an ancient lock and key to the chamber where the Prophet is buried, a strand of hair from the Prophet’s beard, and various manuscripts.

The relics are from the Jama Masjid of Delhi, one of the largest mosques in India.

The mosque was commissioned in 1644 by Mughal Emperor Shah Jahan, who also built the Taj Mahal, for the sole purpose of housing the Prophet’s relics. 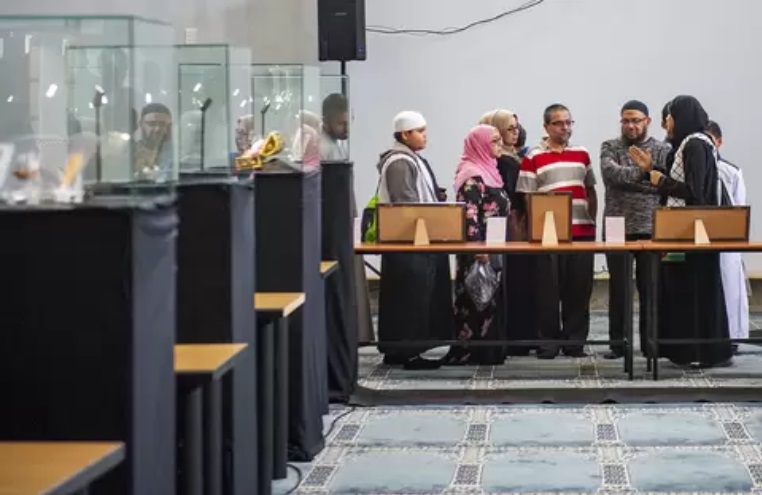 “This is a once-in-a-lifetime opportunity. There is a similar exhibition in Topkapi in Istanbul, but not everyone is able to visit,” Parker said.

In October 2018, Pakistan’s Supreme Court formed a joint interrogation team to probe the case of the missing slippers believed to belong to Prophet Muhammad (peace be upon him). 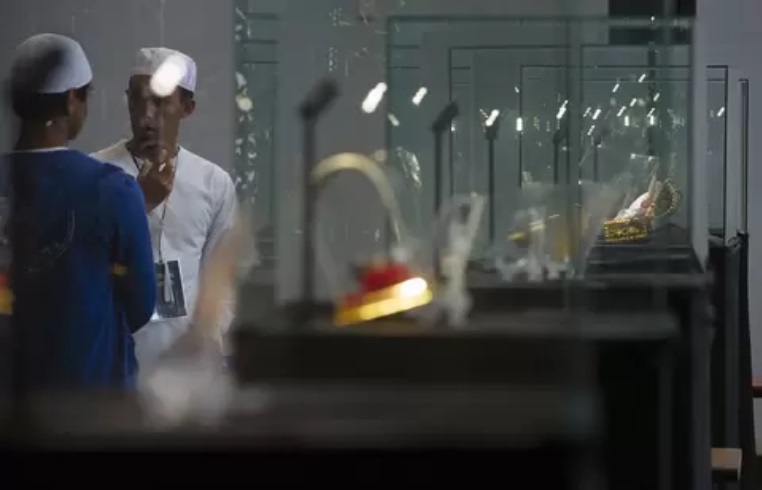 The slippers were stolen from a glass case inside Pakistan’s Badshahi Mosque, which was built in 1673 during the Moghul period, where it had been on display.

The legend says that the pair of slippers was first gifted to the emperor Tamerlane on the conquest of Damascus in 1400. Later, they were brought to the sub-continent, along with other items, in the 16th century, during the early Moghul period. 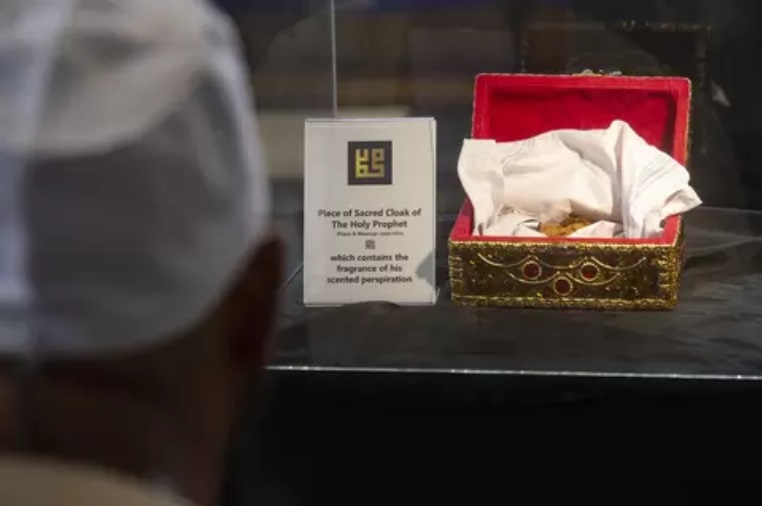 “In Islam, nothing is entitled to worship except Allah,” Muhammad Fathi, Shariah page’s senior editor at AboutIslam.net.

“Even if these remains are verified and confirmed to belong to the Prophet (peace and blessings be upon him), Muslims should not direct any form of worship to them.”

There are a lot of reports about materials people claim to relate to the noble Prophet (peace and blessings be upon him) such as “his hairs, his swords and so on,” he added.