While issues arising from jinn possession do occur, to what magnitude and degree is not clear. We are warned against implying too much power and attention to jinn as Allah (SWT) is most powerful and omniscient and only Allah is due this kind of attention and fear.

There are others who take advantage of those fearing possession by jinn. The Muslim Times reported that at least 10 Urdu newspapers published weekly had large advertisements of mullas in Pakistan “promising to “extricate people from their jinns.” These people charged large sums of money and preyed upon those who are wealthy as well as those who possibly blame every calamity, illness or misfortune on jinn.

This is not a balanced view. It not only makes people targets for fraud but also can further impair their health if they have health issues.

For instance, 134 Malay patients filled out a 20-item checklist. Witchcraft and possession by evil spirits were identified by 53% of the patients. Those who scored higher for supernatural causes of their mental illness had previous consulted traditional healers (bomohs) compared with those who had not sought out a bomoh .

This study clearly indicates the importance of faith leaders-Imams, in the advocacy for clinical mental health treatment, combined with traditional spiritual healing from jinn, if the client desires a combination of both.

As an Imam will likely be consulted when one feels they are possessed by jinn, it is pertinent that Imams should have some knowledge in psychological disorders.  While many Imams, Pastors and others do engage in counseling with their community members, the triage between the spiritual, mental and environment cannot be stressed enough.

I had a client several years ago who presented with flat effect, generalized anxiety, agoraphobia and PTSD. The client refused medication after her psychiatric consultation, and we began psychotherapy, cognitive behavioral therapy as well as stress reduction techniques and gradual exposure therapy.

She was a quiet, shy, a rather high functioning woman in her mid 40’s. She was cooperative, pleasant and generally appeared to want to progress. However, one day she looked at me and said “I see dead people…”  I was somewhat taken by surprise and asked her why she did not mentioned this to me or the psychiatrist.  She simply stated that she consulted her pastor who did several exorcisms in the past and it never helped, so she thought there was nothing that could be done about it, and she chose to “just live with it”.

She stated that since her mother and grandmother “were possessed by evil spirits” and they lived with it, she could too. She further explained that she has been seeing dead people since she was 17, and that they were everywhere. I asked her if they were in the office with us, and she said yes. She pointed to where they were and gave vivid descriptions. 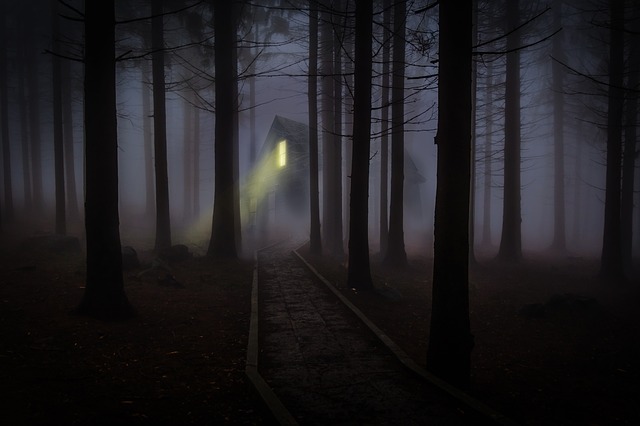 After additional assessments and consultation with the clinic psychiatrist, she was diagnosed with schizophrenia with a predominately negative effect.  After much discussion with her about the nature of her illness, and the possibility that it was not an evil spirit but may be caused by a defect, or in faulty neurotransmitters, chemical imbalances and so forth, she finally agreed to start the medication.

As she slowly let go of the idea of jinn possession, she did very well on the medication, was compliant with appointments and even joined a support group, later becoming a peer counselor.

Jinn Possession is there, but extremely rare

While jinns are present in this world, and we are aware of that fact, we also as Muslims must keep in mind that Allah (SWT) is most powerful over all.  To give excessive credence and undue attention to jinn possession can be a detriment.

In the article, Possession and Jinn, it states that true jinn possession can cause a person to have “seizures and to speak in an incomprehensible languages.  The possessed is unable to think or speak from his own will.

However such cases are greatly outnumbered by those of physical or psychological origin”. This is in agreement with the statement by Abdul Aziz in the HeraldScotland which states “Abdul Aziz, a Scottish-based Islamic scholar, who believes that despite the issue of Jinn being widely accepted among Muslims, possession is “possible but extremely rare”.

As Muslims, we must address this issue of increasing claims of jinn possession.  Practitioners, Imams and scholars must work together in a collaborative effort to gain insight into their communities; develop strategies for management, and provide educational forums not only for providers but for the Muslim population as well.

Campaigns that discuss such sensitive culture-related issues within a balanced Islamic approach are highly important. Also, keeping the faith perspective of healing open, keeps the lines of communication and trust open.

De-stigmatizing mental illness is also critical, as well as building infrastructures within Muslim communities that include mental health clinicians, physicians, and other professionals, as they are available.

The rising rates of Muslims claiming jinn possession is a mental heath issue indeed, but it is also a human issue not confined to Islamic teachings as proved by the history of many peoples.

In addition, it may be a spiritual and social issue as well, when environments and lives change, so do coping skills, perception of acceptance, and behavioral-emotional reactions to perceived threats.

As Muslims immigrate to new countries, they are often faced with strange surroundings, some not knowing the language of the country; some fearing the new way of life that is very different from their home country, which in many cases was a Muslim country.

Faced with things possibly considered haram on a daily basis, Muslims in a new country, or even those who have been there for a while, may begin to attribute misfortunes, illnesses, poverty and changes in life with jinn.

Additionally, care providers and policy makers may not be sensitive to Islamic values and thus may put Muslims at further risk due to multiple barriers.  Pseudo-faith healers, though some may be claiming to be Muslim, also fall into this category as they propagate and profit from people’s fear of jinn possession and can cause grave harm as in the case of a man who killed his pregnant wife in a bid to remove an evil spirit from her body) .

These “faith healers” must be put out of business and one of the ways to do this is to educate Muslims on the true teachings of Islam; halal traditional ways of dealing with jinn opposed to haram; educate Muslims on health care and options-especially concerning mental health, and provide non-judgmental, community building educational mental health forums.

Several articles and studies have been published on Muslims who immigrated to new countries and the phenomenon of rising jinn possession. A longitudinal study concerning the rising numbers of Muslims seeking spiritual healing in their new country in comparison to the rates in their home country would be interesting and may yield further insight into coping mechanisms as well as determine if rates among Muslims are truly rising, or are the noted rising rates due to pseudo- jinn possession in response to environmental and spiritual factors.