Many Muslims nowadays especially, in some cultures tend to make a link between any disorders or problems they might experience to jinn possession and such supernatural issues. Possession by a spirit, demon, or other spiritual entity is not new.

As early as 5000 BCE, man attributed mental illness to the evil eye, sorcery, demonic possession or angry deities. The resulting treatment was often barbaric and cruel(1).

We can find belief in demonic possession in almost every culture and or religion in some form or another. While civilization has come a long way in terms of medical advances in both psychiatry and generalized medicine, many people around the world believe that some sort of demonic possession is possible.

In the USA for instance, according to Public Policy Polling (2), over half of Americans believe in demonic possession. Two recent surveys done in Bangladesh and the United Kingdom in 2011 and 2012 found that many Muslims believe firmly in the existence of jinn, black magic and the “evil eye” (3).

In early times, the Hebrews believed that illness was due to God’s wrath; Persians blamed it on demons, Egyptians thought illness to be a punishment of their sins.

Each group sought to alleviate the malady via several means from “appealing to higher powers (Hebrews); “proper precautions to prevent and protect one from diseases including adequate hygiene and purity of the mind and body achieved through good deeds and thoughts (Persians)” (1), and the use of  “exorcism and prayer, music and the singing of charms and spells” by the Egyptians and other Mediterranean-Near East peoples.

Some European Christians however, treated the mentally ill with shame and disdain, often locking them in cellars, caged them in pigpens or abandoned them to die on the streets as beggars.

While one could attribute ancient beliefs of possession on lack of advanced scientific medical research and lack of knowledge of biological, genetic, or trauma induced mental disorders, one must also question why the belief in supernatural possession or spells causing bodily or mental harm still persists.

Jinn in the Holy Books

If one examines the texts of the Holy books, such as the Christian Bible,  numerous references to demonic possession and many verses illustrating Prophet Isa (PBUH) expelling these demons can be found; and more specifically the Qur’an,  where there is much said regarding supernatural possession, harm and other mayhem by jinn.

In fact, the Qur’an devotes a whole surah on jinn, called Al Jinn. The word jinn means “to be hidden” or “to hide” and jinn are blamed for all sorts of ailments from seizures, physical sickness, mental illness, calamities in life, spells and other supernatural occurrences.

The Qur’an states in surah  Ar-Rahmaan:

“He created man (Adam) from sounding clay like the clay of pottery. And the jinns did He create from a smokeless flame of fire” (55:15)

And in surah Al Jinn:

‘And of us some are Muslims (who have submitted to Allâh, after listening to this Qur’ân), and of us some are Al-Qâsitûn (disbelievers those who have deviated from the Right Path)’. And whosoever has embraced Islâm (i.e. has become a Muslim by submitting to Allâh), then such have sought the Right Path.” (72:1-14).

Islam Awareness (4) states concerning this surah and jinn “The numerous people who have experienced these events all confirm the amazing effectiveness of this verse in warding off jinn and breaking their spells.

Ayat al-Kursi (verse 255 in surah Al-Baqara) has a great effect in repelling devils from humans, from the possessed and from those picked out by jinn, such as wrongdoers, people with bad tempers, those who follow their desires and lusts, musicians and those who become ecstatic through whistling and clapping. If these verses are read over them with sincerity to Allah, the jinn will leave. It will put an end to the mirages created by the jinn.

It will also disclose the falseness of those, the brothers of the jinn, who perform miraculous acts. The jinn inspire their devotees with some knowledge that the ignorant think are miracles that Allah grants His pious servants. In fact, they are simply Satan’s acts of deception over his devotees, of those whom have earned Allah’s wrath and those who have gone astray.”

The Qur’an and hadiths describe the jinn as powerful entities, with a soul and a body. Surah al-Naml (27), Verse 39, recounts the story of an ‘ifrit (one kind of jinn) who claimed to be able to bring the throne of Bilqis to Sulayman “quicker than you can stand up.” 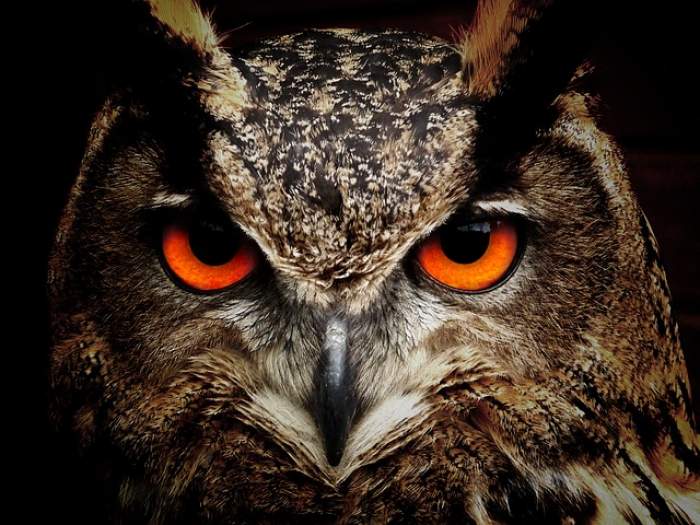 However as powerful jinn may be, we must not forget that only Allah (SWT) has the ultimate power, as He is Most High, Most Powerful over all. Contemplating this fact, we see some people who may go to extremes in their attributing power to jinns, and that can lead to shirk.

As Al-Islam  (5) points out “as history attests, it is in large part because of the myths that people have created around the jinn that many otherwise rational scholars have come to deny their existence altogether.

In reality, each group has lost the truth by going to extremes. Islam affirms the existence of the jinn but rejects the fantastic tales surrounding them. It is for this reason that one chapter of the Qur`an specifically addresses the topic of the jinn.

We are also warned about human beings and jinn who are evil (literally, who are “satans”), as one author states: “Never incline towards them. Satan is the sworn enemy of Allah and man. He has taken a solemn oath to misguide you. However, his power over you is limited to whispered temptation and he can never negate your free will. The source of evil thoughts is in the human soul itself (al-nafs al-’ammarah).”

When we look historically at the way those with mental health issues have been treated, it is with great dismay we find they have been and still are stigmatized, feared, and mistreated. As the mind-body-soul is of one unit, one connection, while we are here on this earth, society, specifically Imams, doctors and psychologists need to start addressing illness with the concept of unity among the three.

One cannot fully and effectively treat a patient unless one takes into account the spiritual beliefs one has, as well as the cultural, historic (life experiences), environment, as well as any bodily and mental trauma/abuse the patient has endured.

All these factors may contribute to a mental illness, whether via spiritual attack, biological changes in the brain; past abuse, trauma or genetic predisposition to a certain mental disorder.

To fully expound upon this, abnormal psychology generally has three theories or general themes:

The “mystical explanations regard abnormal behavior is the result of possession by spirits. The scientific/medical approach considers natural causes, such as biological imbalances, faulty learning processes, or emotional stress.

Finally, the humanitarian approach tends to view abnormal behavior as the result of cruelty or poor living conditions. Differing etiological theories as well as advancing knowledge have had large impact on the treatment of those with psychological disorders and have influenced current theories in clinical psychology.” (6).