Ibrahim was using the computer more often, especially during the evening when people were asleep. Asiyah felt disappointed that she kept going to sleep alone and her husband seemed emotionally withdrawn, but she kept telling herself he must be busy with work.

Ibrahim began keeping his phone close to him while keeping the screen away from prying eyes. Asiyah decided to bake Ibrahim his favorite cookies as a surprise and bring it to him in his office with some coffee, she was smiling and felt hopeful he would be happy.

She opened the door and saw him on his headphones talking to someone on the computer, he didn’t notice her enter. Asiyah didn’t want to startle him during his conversation so she quietly sat his surprise down behind him and moved to tap him gently on his shoulder.

As she got closer to him her eyes widened and filled with tears, on the screen in front of her were indecent pictures of a woman and a chat window filled with flirtations. She ran out of the office, her heart racing as it broke and she sobbed loudly.

Now more than ever, it is too easy to betray your spouse and commit emotional, online infidelity. Some websites even specialize in pairing up married people with others that want to cheat on their spouse.

A Sister can be clothed in a beautiful niqab, but if she is online flirting with men other than her husband, she lacks modesty.

A Brother might display piety with his long beard and perfect recitation, but if he is sending messages to women other than his wife complimenting how beautiful their eyes are then he is falling into zina.

The internet is a test of our integrity, doing the right thing even when we think no one is watching. Of course we know that we are never truly alone and every deed we perform, good or bad, is being recorded by the angels next to us.

Is an Online Relationship Zina?

Some people will argue that it is not zina because they are not touching, as if this is somehow morally acceptable or the lesser of two evils. Firstly, it is shameful for anyone no matter what religion they are, to try and justify betraying your spouse. The fact that some people claim this shows we have to discuss it.

In accordance with Shariah, zina can be committed by the eyes, ears, tongue, hands and feet. It is not limited to sexual intercourse. Even staring at someone of the opposite gender is a form of zina by the eyes, hence Quran commands men to lower their gaze as part of their modesty.

This does not mean that committing online zina is in the same league as having sexual intercourse. It is a stepping stone towards that grave sin and it is absolutely haram without exception. Especially if we consider the statistic that 40% of online affairs result in meeting up in person.

“And do not approach unlawful sexual intercourse. Indeed, it is ever an immorality and is evil as a way” 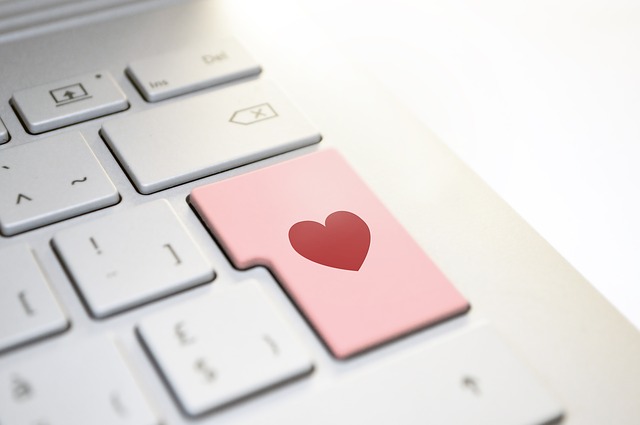 Impact of Online Affairs on Family

An online affair destroys trust in a relationship. Every time that person smiles at their phone or takes an extra moment to read an email, the other person will wonder. It is not unusual for the person cheated on to question how many affairs they don’t know about and what other types of betrayal are happening.

All it takes is one affair to break years’ worth of trust and it may never be regained.

Healing from an online affair requires communication, but once trust has been damaged those two people may never communicate effectively again. A marriage without trust and communication is doomed.

Online affairs also cause feelings of anxiety and thoughts like “I am not pretty enough to keep his attention” or “I must not be good enough as a husband”. It can bring down that person’s self-esteem as if they start to internalize blame for the sins committed by their spouse.

We know from Quran that a soul does not bear the burdens and sin of another soul, but that doesn’t mean it won’t hurt them so deeply that they begin to wonder if they could have prevented it.

Anger is often an accompaniment to sadness; it is one of the stages of grief. The spouse might begin to lash out and say horrible things to the person that cheated on them, they might even seek some type of revenge. This creates a back and forth cycle of pain that harms both spouses.

Children will be hurt. If nothing else stops someone from cheating on their spouse, the fact it will hurt their own children and potentially damage their child’s marriage in the future should cause someone to think twice.

When a marriage is struggling, the children are always hurt no matter how hard we try to protect them. They will feel sadness, they will feel confusion and they may very well feel anger at their parents.

Imagine if a little girl knows that her Dad keeps betraying Mom and Mom takes it. That is the example of a husband and wife she grows up with. In such scenarios, the girl would be at a higher risk of marrying a husband that will also hurt her because that is the example her parents set.

If you are a Father or a Mother, always remember your children will emulate your own example no matter if you tell them not to. If you cheat on your spouse, your children may grow up to be adulterers or allow their spouse to betray them, and you cannot ignore your hand in that.

In the next part, the writer will discuss if it’s okay for spouses to spy on each other.