Marriages in the Muslim ummah today sadly seem to be accelerating towards a grave crisis. It is not that there aren’t other factors causing problems for a marriage from the start, but it is true that the particular ingredient that can make or break a marriage still remains to be the couple’s sexual relationship.

This goes especially for those Muslims who are extra conscious of observing the restrictions of hijab from the opposite gender before getting married, because they enter this union expecting it to fulfill their biological desires with extra pleasure thrown in as fruit of their meticulously lowering their gaze when they were unmarried singles.

For many couples, inexperience-based awkwardness in the beginning coupled with baseless and tenacious adherence to cultural norms, and over-prioritization of trivial matters leads to some rude awakenings regarding marital intimacy.

In order to prevent small problems at the beginning of their marriage from compounding over the years and pushing the spouses apart in bed, I want to point out a few things that they can do to prevent their own priorities from adversely affecting their sexual relationship.

He parks the car in the driveway, his physical discomfort still bothering him.

He tried to avert his gaze and not look at the beach-bound girls walking along the road five minutes ago, but the damage is done.

As he walks into the house, reciting dua’s, he makes a silent prayer, “O Allah! Let me get lucky tonight.”

The tantalizing aroma of freshly cooked food, the clattering of kitchenware, and a din of voices greet him as he enters. It seems that his visiting aunt has cooked up another one of her specialties.

Since the weeks before his baby’s birth, a slew of relatives have been coming over to stay at the house for extended visits. It is a full house almost every night.

His wife is helping his mother, aunt and sister-in-law in the kitchen, the baby playing nearby in the bassinet. He tries to catch her eye, but she is too busy laying the table, and later on, clearing away the dishes and washing up.

Right after dinner, his father, uncle, and brother insist that he watch the game with them over tea. He gets up as soon as he notices his wife going upstairs, but they playfully pull him back down, ignoring his protests.

At almost 11 p.m, he sneaks upstairs quietly, but as soon as he enters the bedroom, his heart sinks.

Before she could even wash up and change, she has sunk into a deep sleep while breastfeeding the baby.

Learn to Sometimes Say “No”

For the young, newly married men, it is not long after they tie the knot that they start being teased by their close family members if they give too much time and attention to their brides. Comments like, “You have totally forgotten about us,” are common.

The parents and siblings of the groom are primarily the ones monitoring and observing the couple’s activities from day one, mostly because the couple is living with them. They are usually the first to pipe up complains of how he has started ‘ignoring’ them since he got married.

After the first few months, they might begin to frown upon his date nights, complaining that his “honeymoon phase” is going on longer than necessary.

It is wise and advisable for the newly wed man to ignore such negative comments and use prudent and diplomatic words to explain to his family how he needs to take the time to focus on his marriage for a year or two.

Those unwary bridegrooms who are too afraid to face criticism from their parents, siblings and other relatives about this matter, end up sacrificing their privacy with their wives from the start of their marriage, in order to appease them.

This sends them a clear unspoken message that, ‘you come first, my sexual satisfaction comes second, even though I am married now’. It should come as no surprise then, if his relatives become the ones who dictate the amount and frequency of the exclusive time he spends with his wife behind closed doors.

Candidly speaking, a cowering and complacent new husband allows his parents and relatives to control the frequency and quality of the intimacy he enjoys with his wife.

And this is a recipe for marital disaster!

Be Realistic and Discreet

One of the most important things a young married man must learn to do from the start of his marriage, is to learn how to balance his time and attention between his biological family and his wife, so that he can give the dues of both without undermining the other. 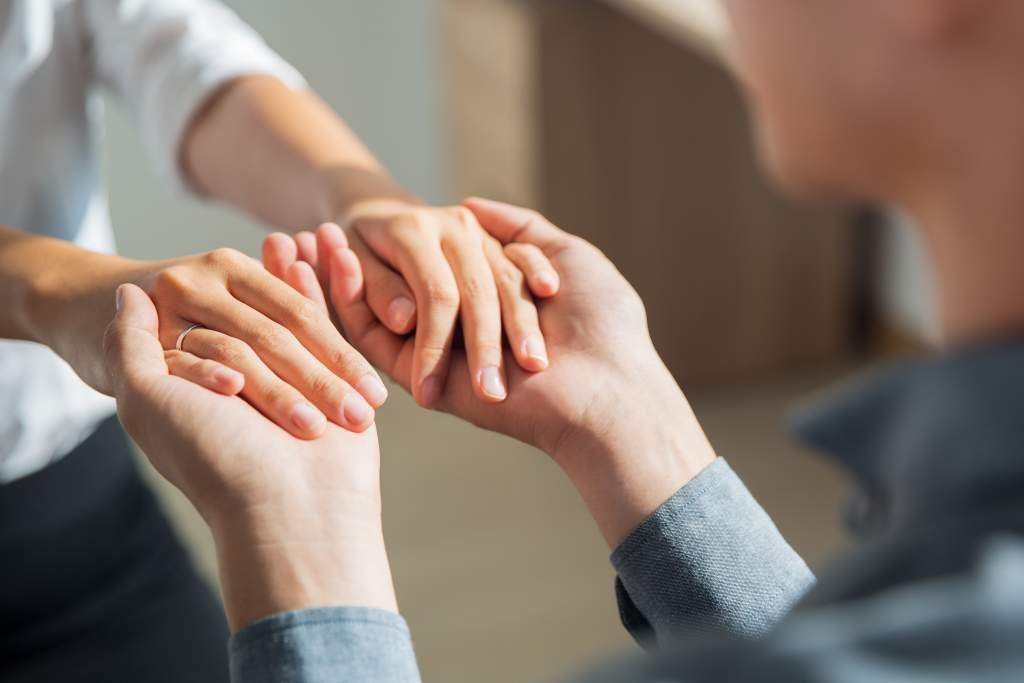 He should not allow either of the two sides to control and manipulate him to alleviate their personal insecurities.

The couple should also remember to be realistic: while it is important to be able to enjoy spontaneous intimacy as and when they desire.  They should acknowledge that there will be times when the presence of relatives in the house will hinder or outright spoil their private time together (e.g. a clingy niece or nephew who refuses to leave their room till late at night!).

They should learn to be very discreet and quiet in their marital relations when there are others in the house, so that no untoward incidents happen that could cause them embarrassment.

She just can’t seem to take her mind off the recurring fantasies. She tries to while away the evening by listening to an Islamic lecture online.

After an hour, she gets up to heat dinner and put the children to bed. Her phone beeps at 9 p.m. She hurriedly reaches for it in the hope that he’ll be texting to say that he will come home soon.

Her heart sinks. Not again!

A flicker of hope still lingers in her though, as she gets ready.

Two hours later, he enters the apartment dragging his feet and sighing heavily with fatigue. Dinner is cold but he doesn’t notice, chewing the food with his eyes half shut, nodding and mumbling obscure responses to her queries.

She wonders if he can smell her perfume at all?

By the time she emerges from the bathroom wearing the silky new piece of intimate apparel that she ordered online the previous week, he is fast asleep on the bed, snoring loudly.

New brides are often very shy and reserved, walking on egg shells in the presence of their husbands and in-laws in the first months of their marriage, in order to avoid doing or saying anything that could cause harm to the budding new relationships.

This shyness is, for the most part, praiseworthy and commendable, except in the marital bed!

Even months after the wedding, their inhibitions by and large completely shed in the bedroom, brides still tend to presume that their husbands should know what they want them to do in bed, which is often far from the truth.

Most new husbands are totally lost about what pleases or displeases a wife sexually, and they are not knowledgeable about what cues regarding her body language to look for.

Men are better with clear-cut instructions and straightforward conversations, however. Therefore, the best thing a new wife can do for her sexual relationship is to ditch the verbal shyness with her husband, and let him know clearly what she likes and dislikes. If she cannot get herself to say this because of her culturally conservative upbringing, she can give the do’s and don’ts to him in written form.

Every individual is different, but there are some general guidelines about sexual preferences that apply to most women, such as a woman’s erogenous zones and turn-on’s as well as turn-offs.

For example, distractions, lack of attention, body odor, not being gentle enough, lack of loving words, general clumsiness while touching, showing too much haste, repetition of the same ritualistic routine, are things that turn most women off. 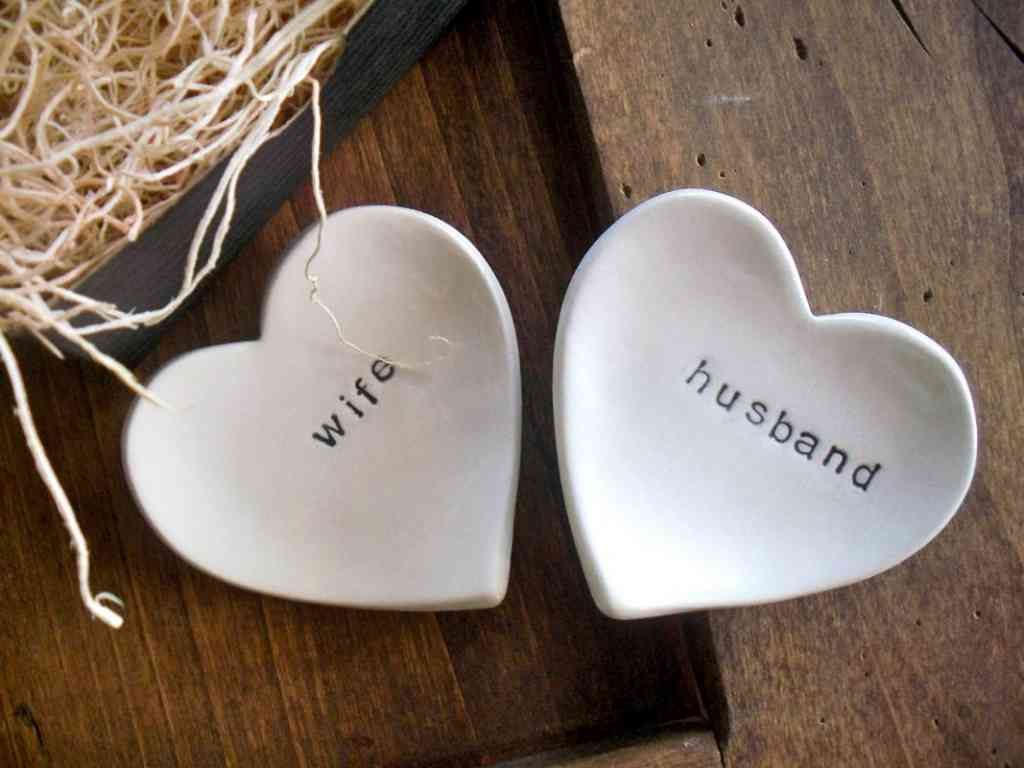 Women are usually better with words than men. Instead of keeping your desires bottled up inside, communicate them to your husband when you both are alone, because Allah has not forbidden this kind of talk between a husband and wife.

Rather, anything halal that serves as a catalyst to increase their mutual love and sexual satisfaction is greatly encouraged and recommended in Islam!

There are some unspoken myths about marriage that people tend to tenaciously adhere to, but for which there is no Islamic proof. These myths are mostly based on how we are raised, by witnessing our parents live a certain way. Sadly, we fall into the trap of subconsciously aping their style of living after our own marriage.

For example, nowhere does it say that a married couple must always be intimate on their bed, inside their bedroom, at night, with the lights off.

If the requisite privacy is there, the couple can be intimate in different locations in their personal space, in order to spice things up. e.g. in front of the fireplace during winter, in the basement, or even in the bathtub. As long as no one else can see or hear them, any place is good!

They can also change the time of intimacy to daytime, keeping in mind that there are no pre-set rules; no do’s and don’ts in Islam about this, which means that there is a lot of room to keep the spark alive.

Last but not least, couples should discard frugality when investing in reigniting a waning spark, e.g. after a period of loss and grief. Purchasing new apparel, and going on short vacations to a cabin in the mountains, or a foreign resort is money well spent, especially if it makes a husband and wife fall in love like newlyweds again.

Once a married couple discards their adherence to self-imposed presumptions and rules regarding marital intimacy, they will be well on their way towards a super-satisfying sexual relationship, insha’Allah.