Life went on for another five years and I was then in my final year of that elite high school. Despite my successful academic life during those five years, spiritually I was impoverished.

Not only because of taking the hijab off, but I had also ignored much of other religious responsibilities. I took my daily prayers and the Qur’an recitation very lightly. I mixed with friends who are completely ignorant about Islam; they led me away from the true path. Islam was nowhere in my life.

During those years I slowly developed a strong liking and interest in a posh and fancy lifestyle. I turned to western music for tranquility and art for some meaningless pleasure. However, the inner contentment and peacefulness I was looking for were never there. At times, only temporary pleasure was felt and another day, it would be gone.

Towards the end of my high school education, life became more and more miserable. Confusion, mix-up, sadness and uncertainty refused to leave my mind. With all the successful future awaiting, supportive and cool friends around me, and straight A’s in my hands, I found life empty. My inner self was yearning for something; something that could give me peace and serenity. Something that could grant me eternal happiness. Something that would allow me to be honest and true to myself.

One night, I sat alone, miserable and sad. Not knowing what to do, I took ablution and prayed Isha’ prayer. The moment I prostrated, the most magical thing happened. I burst into tears and uncontrollably sobbed. Not understanding why I cried, I kept doing so as my heart was suddenly immersed with indescribable pleasure I never experienced before. I never wanted to stop as I felt that my tears and humble prostration were making me so close to God. It was a moment I would never forget all my life.

Having finished praying, I sat for a while, puzzled and perplexed. My mind was so peaceful and the huge stress haunting me all these years was completely gone. I then drifted off to sleep, pondering in confusion. My heart was completely at ease.

The extraordinary incident had a massive impact on me afterward. Slowly, I began to distance myself away from my friends and participated less in the ‘elite’ environment and activities. I spent a lot of time alone, thinking and pondering deeply on the meaning of life and what was the ideal lifestyle that would give me happiness and contentment. There had to be more than just what everyone else was going after: fun, gossiping, material aggrandizement, sex, fame, etc.

God surely wanted me and everyone to be noble individuals who live with dignity, and not according to our shallow, fleeting desires. Bit by bit, hatred towards arrogance and pride filled my heart. I knew it was time for change.

I left high school and entered a matriculation center, which was for pre-university academic development. By that time, I continued spending much time alone, thinking and reading books about Islam. Some of my friends noticed the changes within me but said nothing. A close friend was bizarre to see me buying books about Islam all the time. Hijab was still not fully embraced, but I observed my daily payers and Qur’an recitals much better.

I began performing extra prayers, observing the pious and veiled students around me and spending time in the masjid. Of all, I could say that what led me to a better overall understanding of and fondness towards the beauty of Islam were the books I read and the deep contemplation I had daily. Prayers, on the other hand, gave me the inner strength not to be influenced by the outside world. More and more pleasure was filling my life every moment, though I was apparently lonely. 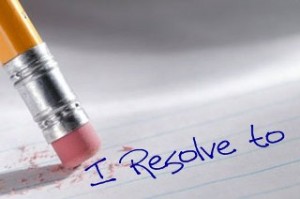 In Egypt, I finally saw Islam from a totally different perspective and everything made a perfect sense. God had answered my prayers.

Three months later, I was offered a medical scholarship for undergraduate studies overseas. All my life, I had been dreaming to go to the UK or the USA, but I piled up all my courage and decided to go to an Arab country instead, Egypt.

Friends and teachers laughed at my decision. But I was determined; I wanted to learn the Arabic language and more on Islam. Also, I wanted a new environment where I could start a new and meaningful life all over. My intention of going to Egypt was only one at that time, to find God. I wanted to find God.

I flew to Egypt after four months.

With God’s grace, I was introduced to new friends. Most were very kind, Islamic and ambitious. They brought me to many Islamic programs and talks where Islam was presented to me so differently and beautifully. I began learning about Islam in more details and began appreciating it in the true sense. SubhanAllah!

I finally saw Islam from a totally different perspective and everything made a perfect sense. God had answered my prayers. I put my hijab on again, as I felt closer and closer to the truth of God. By having strong belief and love of God, wearing the hijab became so easy to me as I saw everything else – especially people’s negative remarks and reactions – meaningless, unimportant and superficial.

Understanding the true Islam and having the hijab with me again led me to immeasurable dignity and self-esteem. I found no more reason to be inferior or be compelled to please others. The superiority and truth of Islam shone into my heart.

In God I eventually found true pride, honor and prestige. Heart at ease, I experienced total freedom because I knew that I was meant to obey God and only Him alone. How beautiful those feelings were! I would never be enslaved by anyone, psychologically or physically, did not have to live to please others and did not have to go against my conscience in order to be accepted, as I had submitted myself fully to God. I learned the biggest lesson ever: Absolute freedom and independence are only found in obedience of and submission to God.

Life after that was full of inner satisfaction and pleasure. Of course, every human is subjected to trials and difficulties, but with the presence of God in my heart, things became easy. I traveled to many places, supporting Islamic and humanitarian work such as Indonesia, Cambodia, Lebanon, Syria, and different parts of Egypt and Malaysia. I had continuous transits at different airports and visited places where Islam was not known.

Never once during my journey or my trips that inferiority ever approached me. Rather, I was proud wearing the proper Islamic dress and the more people stared, the prouder I felt. Whatever those stares meant, I kept telling myself silently, ‘Yes, this is me. I am a Muslim. And I cover myself to obey God.’

My only hope in doing this was that these people would be curious and attracted to learn about the truths of Islam.

Sisters, It is Always Your Call! 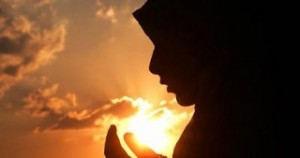 Close your eyes and answer the questions with utmost honesty: who could know better what is good for you and what is not? Is it plausible to believe that we know better than our Creator?

My advice to Muslim sisters out there who are still in doubt of wearing the hijab is that, take things step by step and do not cover yourselves out of blind obedience. Read more about Islam and hijab, ask around, and the most important thing is: try to get yourselves closer and closer to God.

Observe your daily prayers and ask for God’s guidance sincerely. God will never forsake or abandon you if you are sincere.

Once you have found out the truth, never reject it!

Your sincerity and love of God will definitely lead you to understand the importance and truth of hijab.

God says in the holy Qur’an; “O believers! Enter into (obey) Islam in a complete manner (fully) and follow not the steps of the devils” (2: 208). As Muslims, we should not think that one can be a good Muslim even without hijab, as Islam is not meant to be partly followed; it is to be followed completely.

The order of hijab is solely meant for our own good. Islam emphasizes modesty, moral values, humbleness and beautiful conduct. It is because of God’s mercy, love and compassion for us that He commands us to cover ourselves.

Close your eyes and answer the questions with utmost honesty: who could know better what is good for you and what is not? Is it plausible to believe that we know better than our Creator?

How to Get Your Daughter to Wear Hijab in 12 Steps