aaa
Q My question is about my fiancé. We are not married yet, but we have sex frequently even though we know it’s haram. (He is Muslim, I am not.) He likes making videos of us as well. I told him to stop all of this or meet less until we get married but he said he cannot. He likes reading and watching porn also. He is a very good guy otherwise. However, I can feel he is good with others more than to me. We got engaged without his mother knowing it. It’s only between us. His mother is sick. I tried to support him all I can, financially and emotionally. I’m giving him money to help him, but if I’m the one who needs money or if I need support he can’t do it. He is helping his friend, but he can’t help me. On social media, he is uploading pictures with other ladies even his mother sees them, but he doesn’t like taking and posting pictures with me. He said he didn’t like my mother to see us until we get married. I’m a single mom. Sometimes I can feel that he is only using me because he needs me. I feel he is not serious about me but sometimes I can feel his sincerity. How can I know if he was serious about marrying me? What can I do to change him and to return him back again to be a good Muslim? Sometimes he listens to me if I tell him something about what I learned from Islam and he is be shocked why I know all of this. Sometimes he follows me and starts a conversation about Islam but most of the time he doesn’t want to continue what we started. How can I help him? He faces many trials in life. I told him maybe he had lots of problems and trials because Allah is giving him challenges for him to remember God. I want him to pray again and start doing good things as the Muslims should do. I want to change him not because I want to marry him. I want to change him because he is a Muslim. Thank you.

In this counseling answer:

“Marriage isn’t going to change his character. If he wanted to marry you, he would have done so already regardless of his mother’s opinion. He may not want to lose you because you are available to him; you come with few strings attached and fulfill some of his needs. You cannot make anyone better. So, to choose to marry him means to choose to marry him without expecting him to change at all.

Thank you for your question and reaching out to us.

I appreciate so much that you are thinking about this guy’s spiritual well-being. I appreciate that you have recognized that he is a Muslim but he participates in actions that are haram, as you said. He doesn’t do what is right in terms of marrying you.

May Allah reward you for caring about the most important things first and having the wisdom within you to care about the very things he is neglecting. May Allah continue to bless your heart with such wisdom and insight.

How to Define a Good Person
That being said, most certainly, you are not being treated in a dignified and honorable way at all. So, I would have to disagree with you when you say “he is very good guy”. What defines a good guy is the way he lives his life and treats the people closest to him.

You are, by definition of the amount of time you have spent together and the level of financial support, someone close to him and his treatment of you is far below par.

I know that you know this which is why you are writing this question and asking for guidance. You have already listed the things he is doing which you are uncomfortable or unhappy with so I’m just going to reiterate them in bullet point from here.

* He is having sex despite it being prohibited.
* He is making sexually explicit videos of you both.
* He watches pornographic videos.
* He regularly reads pornographic material.
* He helps friends out financially but not you.
* He takes pictures with other women and shares them on social media.
* He refuses to tell his mother about the ongoing relationship with you.
* He doesn’t want to consistently talk to you about how you are learning about Islam.

My dear, this list has red flags on every single line which begs the question: what exactly is good about him? Do you believe this man is a good choice for you to be a stepfather to your current children?

You cannot judge a man’s character based on the occasional times they do something good. You have to be willing to zoom out and see the big picture.

Even if he was to finally marry you, you are still marrying the man who fulfills the list up above. Marriage isn’t going to change his character. If he wanted to marry you, he would have done so already regardless of his mother’s opinion. Most importantly, he is willing to go against the opinion of his Lord in how he lives his life.

By the way he lives his life right now the answer is no.

I want you to invest your time, heart, and energy into someone who will give back to you as much if not more than what you give them.

I am deeply concerned by the video footage that this guy is taking of you both. Please realize that once that happens you have zero control where it ends up. He could show it to friends. It could end up accidentally in the wrong hands or post on the internet. I don’t know this person at all, but I do know that many women have been threatened with exposure when trying to leave a relationship or were afraid to leave because of the footage was taken of them.

Please, cease this immediately. His honor is not connected to yours via marriage which leaves him in a position to be more careless with the material itself. No matter what he says about it, I am asking you to be wise and desist participation.

Within Islam, there is a severe warning for a married man to ever share any details whatsoever about being intimate with his wife with others even if just by the verbal description of it has happened.

“The most wicked among the people in the eye of Allah on the Day of judgment is the man who goes to his wife and she comes to him, and then he divulges her secret.” (Muslim)

Focus on Your Soulful Relationships

One of the reasons it can be hard to leave a relationship with a person like him is that you are lacking in other solid and meaningful relationships. You know, soul sisters, good women you can meet and talk with who lift your spirits when your second time with them. I would encourage you to invest more time and energy in building meaningful relationships with other women as well as good families for you and your children to engage with.

When you start to recognize the important relationships that exist in your life and you nurture them you will likely develop a greater confidence within yourself to let this guy know what you really think and feel about him.

It sounds like you are curious about Islam. If that’s the case, please learn it from someone who is serious about the religion by their daily actions. While none of us are perfect and none of us are without sin, it is important to discuss religion with the individual who is on the same wavelength as yourself. You sound like a deeply reflective woman who deserves to discuss things with a person who can match and honor your way of thinking.

Ask other women you feel comfortable talking to. If you can’t find anyone you are welcome to message me back through the AboutIslam channel and we will find you, someone, you can speak with, preferably, in your own local area.

If a man were to be worthy of being in your life, he needs to be a man who has self-discipline, self-direction, and a desire to hold on to his own honor.

You cannot help him change. That is his decision and his alone. While you have beautifully reminded him of the tests in his life and the state of his affairs, you aren’t obligated to be the one he stands on in order to get his affairs in order. Let him do that on his own.

Choose you. Choose your kids. Choose to invest in your own family and take care of yourself. Then, when the time is right, find a man who is ready to take care of you and honor you and your children with all of his own actions.

I ask Allah to guide you, protect you, and support you.

Disclaimer: The conceptualization and recommendations stated in this response are very general and purely based on the limited information provided in the question. In no event shall AboutIslam, its counselors or employees be held liable for any damages that may arise from your decision in the use of our services. 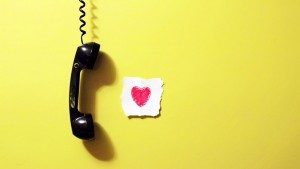 He Used Me, Then Dumped Me 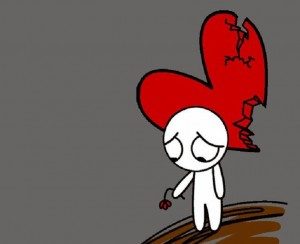 Loved Him, But He Just Used Me 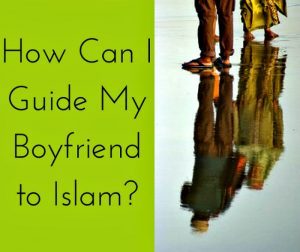 How Can I Guide My Boyfriend to Islam?