aaa
Q Can you explain the true story between Prophet Yusuf (peace be upon him) and Zulaikha, the Wife of al-Aziz?

The Quran tells the stories of the prophets in order to make Prophet Muhammad’s heart firm and for us to draw lessons from their lives.

We read in the Quran what means:

{So [Muhammad], We have told you the stories of the prophets to make your heart firm and in these accounts truth has come to you, as well as lessons and reminders for the believers.} (Quran 11:120)

Most of the stories of the prophets are repeated more than once throughout the Quran.

Indeed, the only story that is mentioned once and in one complete chapter is the story of Prophet Joseph, Yusuf (peace be upon him).

The chapter tells us the purpose of its revelation:

{There are lessons in the story of Joseph and his brothers for all who seek them.} (Quran 12:7)

The final verse of this chapter stresses the fact there is a lot to learn from the stories of the Prophets:

{There is a lesson in the stories of such people for those who understand.} (Quran 12:111)

Hence, this chapter is named after Prophet Yusuf. The chapter is self-explanatory and it gives many details of the life of Prophet Yusuf and his family and the challenges he was put to.

Read this chapter and I am sure you will understand it completely. However, if you face any difficult verses, please feel free to contact us to explain them to you.

The Incident of the wife of Al-Aziz

With regard to the incident of the wife of al-Aziz, chief minister of Egypt, I quote these verses:

{The woman in whose house he was living tried to seduce him: she bolted the doors and said, ‘Come to me,’ and he replied, ‘God forbid! My master has been good to me; wrongdoers never prosper.’ And she advanced towards him, and he would have succumbed to her if he had not seen evidence of his Lord– We did this in order to keep evil and indecency away from him, for he was truly one of Our chosen servants. They raced for the door– she tore his shirt from behind– and at the door they met her husband. She said, ‘What, other than prison or painful punishment, should be the reward of someone who tried to dishonor your wife?’ but he said, ‘She tried to seduce me.’ A member of her household suggested, ‘If his shirt is torn at the front, then it is she who is telling the truth and he who is lying, but if it is torn at the back, then she is lying and he is telling the truth.’ When the husband saw that the shirt was torn at the back, he said, ‘This is another instance of women’s treachery: your treachery is truly great. Joseph, overlook this; but you [wife], ask forgiveness for your sin– you have done wrong.’} (Quran 12:23-29)

Certainly, the whole story is a trial from Allah for Prophet Yusuf.

Some commentators give the chief minister’s wife the name of Zulaikhah.

Thus, the Quran states that it was she who seduced him. She closed the doors and made the environment suitable for her purpose. 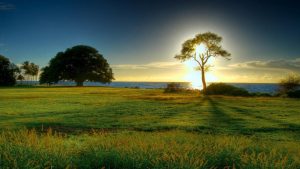 In reaction to this, prophet Yusuf behaved in a very civilized manner. He reminded her of her husband’s favors on him. Therefore, he cannot cheat on him and cannot show disloyalty to him.

Indeed, prophet Yusuf was aware that adultery is a grave sin and those who commit it will never prosper and be saved from punishment.

The verses mention that he would have succumbed to her if he had not seen evidence of his Lord. Commentators give different interpretations of this statement.

Some say she wanted him to kiss her and he attempted to strike her. Others say she tempted him and he tempted her but he did not follow this intent. Most of the commentators concluded that there is a temptation and a resistance.

Prophet Yusuf tried to run away from her and she ran after him and tore his shirt from the back.

Suddenly, they found al-Aziz at the door. She ran to her husband and accused prophet Yusuf of seducing her.

Naturally, prophet Yusuf tried to defend himself and told al-Aziz that it was his wife who seduced him.

Though al-Aziz saw prophet Yusuf’s shirt torn from the back and this is an indication that he tried to escape, he listened to the advice of his wife and imprisoned him.

The following verses give us more details:

{Some women of the city said, ‘The governor’s wife is trying to seduce her slave! Love for him consumes her heart! It is clear to us that she has gone astray.’ When she heard their malicious talk, she prepared a banquet and sent for them, giving each of them a knife. She said to Joseph, ‘Come out and show yourself to them!’ and when the women saw him, they were stunned by his beauty, and cut their hands, exclaiming, ‘Great God! He cannot be mortal! He must be a precious angel!’ She said, ‘This is the one you blamed me for. I tried to seduce him and he wanted to remain chaste, but if he does not do what I command now, he will be put in prison and degraded.’ Joseph said, ‘My Lord! I would prefer prison to what these women are calling me to do. If You do not protect me from their treachery, I shall yield to them and do wrong,’ and his Lord answered his prayer and protected him from their treachery– He is the All Hearing, the All Knowing.} (Quran 12:30-34)

The news of this incident spread in the city. The women knew that it was the wife of Al-Aziz who seduced Yusuf. Therefore, she tried to prove the opposite.

Hence, she asked Yusuf to show himself to these women and because of his beauty they cut their hands. On seeing this, the wife of Al-Aziz told the gathering that this is the man you blamed me for.

She made a very clear statement that it was she who seduced him but he resisted the temptation.

She decided to put him in prison and he accepted the decision because imprisonment was better than what these women were calling on him to do.

God answered his prayer and protected him from their plot.

In the above verses, we can notice Prophet Yusuf’s sincerity and seeking refuge in God from the women’s plot against him.

Although the wife of Al-Aziz confessed her guilt in front of all these women, they remained silent and did not defend Yusuf.

Also Al-Aziz himself did not object to his wife’s advice and threw Yusuf in prison.

We read what means:

{In the end they thought it best, after seeing all the signs of his innocence, that they should imprison him for a while.} (Yusuf 12:35)

Here ends the story of the wife of al-Aziz with Prophet Yusuf.

As for the prison, there starts another story which is covered in the articles reference below. 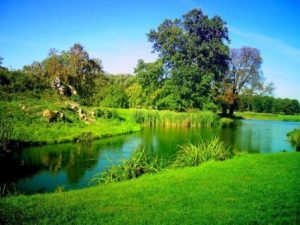 What we can learn from this story is patience and submission to God’s destiny.

In difficult situations, we should put our trust in God and seek refuge in Him. We should be sure that there is always a way out for the believers.

Muslims should guard themselves against the plots made by their enemies by asking God’s for help and not surrendering to temptations.

The Best of Stories – 4 Lessons from the Life of Joseph

When a Prophet Is Jailed… How Prophet Yusuf (PBUH) Coped

The Story of Prophet Jacob in the Quran