aaa
Q Assalamo Alaykom. My wife and I both fasted this Ramadan alhamdulillah. We heard a speech about fasting six days in Shawwal, the lunar month following Ramadan. The speaker said that its reward is worth a lifetime of fasting. It won't be hard for me to fast the additional six days but it would be for my wife who has to make up six days for missed days of Ramadan. I am wondering how can she gain the same reward? Please help.

He who observed the fast of Ramadan and then followed it with six (fasts) of Shawwal, it would be as if he/she fasted perpetually (continuously). (Sahih Muslim)

How Is Reward Gained For Fasting Shawwal?

Let us first list what did the Prophet (peace be upon him) said concerning the reward of fasting six additional days in Shawwal:

Abu Ayyub al-Ansari (Allah be pleased with him) reported Allah’s Messenger (peace be upon him) as saying:

He who observed the fast of Ramadan and then followed it with six (fasts) of Shawwal, it would be as if he/she fasted perpetually (continuously). (Sahih Muslim)

How are Deeds Multiplied?

It is also important to understand how deeds are multiplied in order to explain the reward of fasting:

Abdullah ibn Abbas (may Allah be pleased with them) reported:

Messenger of Allah (peace be upon him) said that Allah, the Glorious, said: “Verily, Allah (SWT) has ordered that the good and the bad deeds be written down. Then He explained it clearly:

A Whole Year Worth of Fasting!

From the hadith above, the minimum reward for a deed is multiplied ten folds.

Now if someone fasts thirty days in Ramadan, this is equivalent to fasting three hundred days, adding six days in Shawwal will make the total 360 days’ worth of fasting.

To be accurate, a lunar year is 354 days. Since we sometimes fast 29 days in Ramadan and other times 30 days and adding six days of Shawwal, this will almost be equivalent to a whole year’s worth of fasting.

If every year we fast the additional six days of Shawwal in addition to Ramadan then it becomes equivalent to fasting continuously.

However, it doesn’t stop here since if we follow the Prophet’s way by fasting Mondays and/or Thursdays; also fasting the middle three days of each lunar month, the 13th, 14th and 15th.

In addition to fasting on special days during the year such as the day of Arafah for non-pilgrims and two days in Ashura, etc… These will add up to even more than one year’s worth of fasting.

Now concerning women who missed days of fast due to menstruation, they are advised to fast at least six days in Shawwal and make up the rest of the days any other time during the year before the next Ramadan.

Some scholars are of the opinion that they can do double intention for replacing their missed days and the six days of Shawwal, and get the reward of fasting the whole year as explained above.

That means they get the reward of the whole year even if they are six days short.

However, if they wish to be accurate then they may fast additional days here and there during the year as shown by the tradition of our beloved Prophet (peace be upon him). 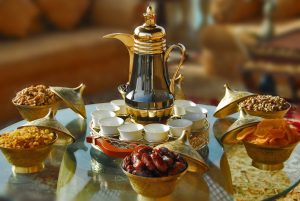 If you miss the six days of Shawwal for some reason or another then don’t be distressed, you may still fast supererogatory fasts and complete the year’s worth of fast or more.

The encouragement of fasting in Shawwal is to gain that reward early on. So it is best to fast the six days of Shawwal as soon as the days of Eid are over.

These don’t have to be fasted in a row, any six days during Shawwal will have the same reward; the matter is flexible.

10+ Fatwas About Fasting 6 Days of Shawwal and More

5 Tips to Continue Being a Better You after Ramadan