aaa
Q I am CURIOUS: I read in Sura 6:50 Say, O Muhammed, I say NOT unto you (that) I possess the treasures of Allah, nor that I have knowledge of the unseen...this is saying Muhammed is saying he is NOT a Prophet...Explain this: the man says he is not a prophet and yet...Muslims say he is! I always thought a prophet could tell what was ahead in time and it always came thru on the money, and yet... show me please where Muhammed did this sort of thing...maybe I missed it!

Chapter 7, verse 157 of the Quran clearly states that Muhammad (peace be upon him) is a messenger and a prophet:

{Those who follow the messenger, the Prophet who can neither read nor write, whom they will find described in the Torah and the Gospel (which are) with them. He will enjoin on them that which is right and forbid them that which is wrong. He will make lawful for them all good things and prohibit for them only the foul; and he will relieve them of their burden and the fetters that they used to wear. Then those who believe in him, and honor him, and help him, and follow the light which is sent down with him: they are the successful.}

The entire verse 50 in chapter 6 is translated as follows:

{Say (O Muhammad, to the disbelievers): I say not unto you (that) I possess the treasures of Allah, nor that I have knowledge of the unseen; and I say not unto you: Lo! I am an angel. I follow only that which is revealed to me. Say: Are the blind man and the seer equal? Will they not then take thought?}

From the highlighted statement above, it is clear that Muhammad was receiving revelation from God.  To understand this clearly we must define the words ‘Prophet” and “Messenger”.  In brief, a prophet is chosen by God for a divine mission; most of the time it is to deliver either a verbal or a written message.

Prophets that were ascribed to deliver a written divine message such as the Psalms of David, the Torah of Moses, the Gospel of Jesus, and as a final revelation the Quran of Muhammad are called messengers.

{And with Him are the keys of the unseen. None but He knows them. And He knows what is in the land and the sea. Not a leaf falls but He knows it, not a grain amid the darkness of the earth, naught of wet or dry but (it is noted) in a clear record.}

Also, chapter 31 verse 34 shows that there are certain things that only God knows: 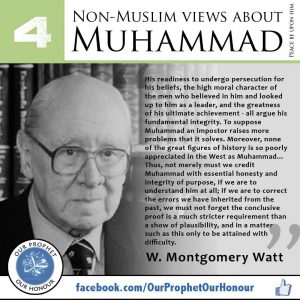 {Lo! Allah! With Him is knowledge of the Hour. He sends down the rain and knows that which is in the wombs. No soul knows what it will earn tomorrow, and no soul knows in what land it will die. Lo! Allah is Knower, Aware.}

Obviously no human being not even a prophet can acquire such comprehensive knowledge.

As far as Muhammad telling the unseen, there are several quotations from the Quran and from the traditions of the prophet known as hadith.  These are prophecies that happened at his time while some have been discovered recently and others are yet to come.

{The Romans have been defeated in the nearer land, and they, after their defeat will be victorious within ten years – Allah’s is the command in the former case and in the latter – and in that day believers will rejoice in Allah’s help to victory. He helps to victory whom He will, He is the Mighty, the Merciful.  It is a promise of Allah. Allah fails not His promise, but most of mankind know not. They know only some appearance of the life of the world, and are heedless of the Hereafter.}

This happened at the time of Muhammad that he predicted by unseen knowledge from God that the Romans will again be victorious after the Persians have defeated them. These were the superpowers at the time; in today’s context, this is like saying Russia will defeat America in a few years.

There are also many verses in the Quran that are related to scientific facts which have only been discovered recently; a knowledge that only God could have given to Muhammad.

Also, the following hadiths are talking about scientific facts in the human body, a knowledge that was only discovered about seventy years ago:

Narrated Abdullah: Allah’s Apostle, the true and truly inspired said: “(as regards to your creation), every one of you is collected in the womb of his mother for the first forty days, and then he becomes a clot for another forty days, and then a piece of flesh for another forty days. Then Allah sends an angel to write four words: He writes his deeds, time of his death, means of his livelihood and whether he will be wretched or blessed… (Bukhari – Book 55, Hadith 549)

Narrated Abu Huraira: The Prophet said: “…Everything of the human body will decay except the coccyx bone (of the tail) and from that bone Allah will reconstruct the whole body on the day of resurrection.” (Bukhari – Book 60, Hadith 338 & 457) 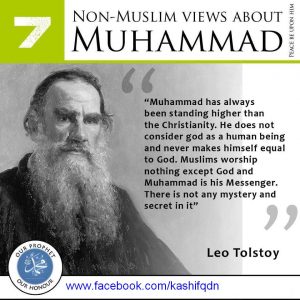 “The terror caused by Al-Masih Ad-dajjal (the false Messiah) will not enter Madinah and at that time Madinah will have seven gates and there will be two angels at each gate guarding them.”  (Bukhari – Book 30, Hadith 103)

This is yet to come since the city of Madinah located in Saudi Arabia does not currently have seven gates.  However, there is another fact about Madinah that it is and will remain a safe place until the Day of Judgment.