aaa
Q I myself am an animation student, my life is good; also I have a good boy friend who is a Muslim, he too loves me truly. I would love to convert to Islam. Please can I have good suggestions because Islam will part of both of our lives??

Thank you for your question and for contacting Ask About Islam

Your question though short actually requires a lengthy answer which I have divided into three parts:

1) The issue of who a Muslim man may marry

2) What relationships are permissible in Islam before marriage?

3) Knowledge one needs of Islam

1. Is it permissible for a Muslim male to marry someone who does not follow Islam?

Praise be to Allah.

{They ask you what is lawful to them (as food). Say: Lawful to you are (all) things good and pure: and what you have taught your trained hunting animals (to catch) in the manner taught to you by Allah; eat what they catch for you, but pronounce the name of Allah over it: and fear Allah, for Allah is swift in taking  account.}

{This day are (all) things good and pure made lawful to you. The food of the People of the Book is lawful to you and yours is lawful to them. (Lawful to you in marriage) are (not only) chaste women who are believers, but chaste women among the People of the Book, revealed before your time,- when you give them their due Mahr (bridal-money given by the husband to his wife at the time of marriage), desiring chastity (taking them legally in marriage) not committing illegal sexual intercourse, nor taking them as girl-friends.} (Al-Ma’idah 5:4-5)

Imam Al-Tabari in his commentary on this verse said:

“Chaste women from the believers and chaste women from those who were given the Scripture” means, free woman among those who have been given the Scripture, namely the Jews and Christians who believe in what is in the Torah and Injil (Gospel) from among the people who came before you, O believers in Muhammad, whether from among the Arabs or other people; you are permitted to marry them “when you have given their due Mahr (bridal-money given by the husband to his wife at the time of marriage).”  (Tafsir al-Qurtubi, 6/104)

But it is not permissible for a Muslim man to marry a Magian (Zoroastrian) woman, an Atheist woman or an idol-worshiping woman, etc.

{And do not marry unbelieving women (idolaters) till they believe (worship Allah Alone). And indeed a slave woman who believes is better than an unbelieving woman, even though she pleases you …} (Al-Baqarah 2:221)

2. What relationships are permissible in Islam before marriage?

In Islam a woman is either: a sister, a daughter, a mother or a wife. Free mixing of the sexes before marriage is not permissible. Two people of opposite sex should not be left on their own such that other people cannot hear their conversation, for example.

When two people from different sexes are present there is always a third (Shaitan – the Devil). Love marriages do occur but generally marriages are arranged. Specifically boy-friend/girl-friend relationships are not Islamic.

If two people find themselves attracted to each other, the young man would normally communicate his feelings to his parents. They would arrange to contact the girl’s parents either directly or through a third person with a possible view to marriage. In this way serious relationships are preserved and the casual boy/girl affairs are avoided. It is important to note, in Islam, marriage is based on mutual respect and trust. Love develops with the marriage.

Islam is a ‘way of life’, which God (Allah) has revealed and which was taught by all His Prophets and Messengers that He sent to mankind. Islam means a state of being; it does not refer to a particular person. The root Arabic word from which Islam is derived implies peace, salutation, protection, submission, acceptance, surrender, and salvation. 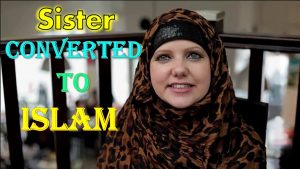 Specifically, Islam means being in the state of voluntary submission to God, worshiping Him Alone, and reverently accepting and obeying His Law. It follows, through this submission, the peace, security, and general well-being implied in its literal meaning is achieved.

One who follows Islam, as a way of life, is a Muslim (male) or Muslimah (female) in that state of submission. A person’s faith in Islam is weakened by committing sins, by ignorance, and wrong-doing, and if one was to associate partners with God or to disbelieve in Him they would step outside of Islam, as Allah (God) has told us the one sin He will not forgive is associating or sharing anything with Him.

The Five Pillars of Islam

The first Pillar is the Shahadah – La ilaha illallah Muhmammad ar-Rassoulullah) There is no god but God (Allah) (and) Muhammad (peace be upon him) is the Messenger of Allah (God).

In order to become a Muslim one is required to witness to the previous statement, that is: Ashhadu anla ilaha illallah wa ashhadu anna Muhammadan abduhu wa Rassouluh which means:

“I witness there is no god but Allah and I witness Muhammad (peace be upon him) is His servant and Messenger.”

Salat, the five daily prayers is the second pillar. These prayers are performed, preferably in a Mosque for a male and at home for a female; these are: daybreak, noon, mid-afternoon, sunset and evening. The prayer, communication with Allah (God) is in Arabic.

Zakah is the third pillar. It is the obligatory purification tax of 2.5% on one’s excess wealth (income less expenditure) in a year.

Sawm, fasting the month of Ramadan is the fourth pillar and it is to abstain from food and drink, bad deeds, marital sexual activity (there is no other in Islam), lies, back-biting etc… between dawn and sunset.

Hajj, pilgrimage is the fifth pillar. The pilgrimage is obligatory on every adult Muslim who is physically and financially able to sacrifice (or make alternative arrangements) for time, wealth, responsibilities and the normal comforts of life, etc… at least once in their lifetime.

Hajj is both a spiritual and physical journey to Allah (God) in response to the invitation from Prophet Abraham (peace be upon him) according to the command of Allah.

The Six Articles of Faith

1. Belief in God: Belief in One God – Allah is what underpins the whole of a Muslim’s faith. Only Allah is the Creator (Preserver, Provider, Sustainer, Cherisher, Protector, etc…) of all His creation. To Allah is due all worship and all praise. We are told Allah has ninety-nine beautiful names or attributes.

2. Belief in Angels: Muslims are required to believe in the next, the unseen, world as described in the Quran. Angels are creatures of light. They have no free-will and obey Allah implicitly. They may have specific duties e.g. The Angel of Death, the Guardians of Hell, the two angels who write an account of all of our deeds sitting on our shoulders at all times, the angel who will blow the trumpet at the Last Day, the angel of mountains, etc…

3. Belief in all the Prophets and Messengers. Islam teaches that God sent prophets to all nations, some we know and some we don’t know, with the core message: Worship One God and follow my example. All these messengers came with the same message culminating in the final messenger, Muhammad (peace be upon him), and the final message – the Quran. See Quran 5:3: where Allah says: “Today have I perfected your religion for you and completed My Favor upon you, and have chosen Islam as your way of life.”

5. Belief in Life after Death: Muslims believe in a day when all creation will cease to exist, then they will be resurrected and each person will be accountable before Allah for his deeds. If one held righteous beliefs and did good deeds Allah has promised them Paradise, even though some of them may spend some time in Hell if Allah chooses in His Infinite Justice not to forgive all one’s sins. Muslims believe actions are but by intentions and only the individual and Allah actually know those intentions.

6. Belief in the Divine Decree: Islam teaches Allah has full power and total knowledge, His Knowledge is over all things, and nothing happens except by His Will and Knowledge. Since the past, present and future are all known to Allah, the prior knowledge – what is called destiny in the West – is already known to Allah. This prior knowledge is known as al-Qadr in Arabic and it is the Divine Decree. The fact that Allah knows what we will do before we actually do it in no way contradicts man’s free will. 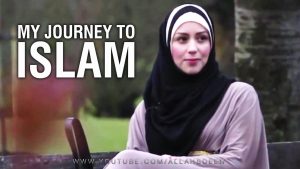 Man can still choose his own course of action, there is no forcing, no coercion as we can freely choose to obey or to disobey, to do good or to do bad. If we trust in Allah, and He wants what is good for us, we should obey Him and have firm faith that whatever befalls us is according to His Will and with His Full Knowledge.

Since we cannot know His Will we trust that whatever befalls us is best for us. We look at someone whose practice is better than ours so we may strive to improve ourselves; we look at people less fortunate than ourselves and are thankful to Allah for what we have been provided with.

And all praise is for Allah.