aaa
Q I am a Catholic desiring to learn more about the Islamic religion. As a Christian, I do not believe that the Quran is from God, but I do respect your belief in it. I have two theories though, that I respectfully ask you to answer for me:1) That Muhammad truly did not receive revelations. He believed that he did but it was some kind of mental disorder set off by a traumatic event in his life. Even though he did not show any signs earlier, there is evidence to show that this is scientifically possible. 2) Muhammad did receive revelations, but not from God. There are other spiritual powers, namely Satan and his minions, which try to ensnare souls. Often, their messages appear very good and harmless and even seem to be complying with God, but in reality they are traps for the faithful. I do believe that Muhammad was a good man, and that he honestly believed that he was receiving revelations from God. But I do not believe that he really was. I mean no disrespect by saying this, as I greatly respect your religion, but I would like to know what makes you so certain that God revealed the Quran to him.

Short Answer: If he wasn’t a prophet, he was either a crazy person or a pawn of Satan, and none of those theories hold up to the scrutiny of time. He was known for being honest, so we know he wasn’t lying about his revelations, and there is no clues to mental illness in all the reports we have of his life. As well, none of what the Quran encourages can be said to be Satanic, so it doesn’t make sense to assume Satan was speaking to him.

He Wasn’t a Liar

The fact that you are aware of Muhammad’s (peace be upon him) convictions in the truth of his mission shows that you have researched the subject considerably.

In other words, you do not consider intended fabrication on the part of the Prophet to be a possible explanation for the origins of the Quran.

Anyone who has read the words of the Quran along with some of the Traditions of the Prophet (peace be upon him) knows that he sincerely believed that he was a Prophet of God.

He was a passionate believer in God; he was genuinely convinced that God would help him in his mission – this is an undeniable fact to those who have even a cursory knowledge of his life.

If we agree to rule out the possibility of his lying, then the next logical objection to his authenticity as a Prophet of God is that he was deluded.

As you logically summarize, he was either mentally ill or beguiled by Satan.

Let us look at these two possibilities in detail.

Certain orientalists have proposed the suggestion that Muhammad (peace be upon him) was mad, and they cite certain fictitious traditions that hint at his suffering from epilepsy in defense of their claims.

The purported revelations, they explain, were nothing more than the ramblings of a delusional madman.

In fact the Arab pagans around the Prophet also accused him of madness, as Allah mentions in Surah 15, verse 6:

And they [the Arab pagans] say, ‘O you to whom the Reminder has been revealed! You are most surely insane!’

But as it stands, the question must be asked: Could a madman produce a seemingly perfect text?

In fourteen hundred years of intense scrutiny and examination, not a single contradiction, grammatical flaw, or comparable imitation has ever been found.

Could a madman inadvertently compose a text that stood as the foundation of the most successful and extensive empires ever to grace the earth?

Could a madman write a book that has united peoples of hundreds of different languages and races for over fourteen centuries?

A text that directly generated radically original systems of government, economics, human rights, and scholarship that stood the test of time and have subsequently inspired the rules and governing systems by which we live today?

The Quran Challenges Mankind To Make A Competitor

Furthermore, the Quran itself challenges such accusations through its self-declared inimitability (i’jaz).

And if you are in doubt as to that which We have revealed to Our servant, then produce a chapter like it and call on your witnesses besides Allah if you are truthful. But if you do it not – and you can never do it – then be on your guard against the fire of which men and stones are the fuel; it is prepared for the unbelievers.

Furthermore, if we believe in the existence of an all-powerful and controlling God, then we have to acknowledge that He would be in control the mind of a “madman” in the middle of the Arabian desert.

As a believer in God, you have to admit that He willed and allowed for Muhammad to speak every verse of the Quran, and thereupon God allowed for these verses to travel around the world and win the hearts of billions of Muslims.

If you are going on the assumption that the Quran is “misguidance,” then God’s willing its existence coupled with its colossal influence on mankind makes the Satanic-ploy theory more likely than its being a random creation of the mind of a madman.

The second logical objective to the Quran’s divine origins is the possibility that it is the work of Satan.

The Christians have (incorrectly) held the Islamic concept of God to be wholly transcendent, i.e. the Muslim God is seen by them as completely impersonal, as He lacks a human facet like that which Jesus represents to the Christian tradition. 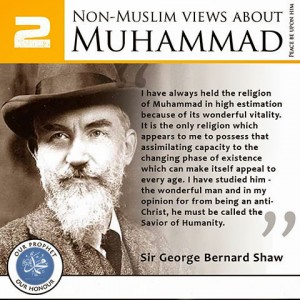 We verily created man and We know what his soul whispers to him, and We are nearer to him than his jugular vein.

If we examine the Satanic-ploy argument objectively, it proves to be extremely feeble.

The Quran calls only to deeds that are good.

One may object: Well and good, but it’s all for naught if it calls even to a single evil.

However, the Quran doesn’t slip once; every deed that it calls to can unanimously be considered virtuous by people of all faiths – we urge you to search for yourself.

Then, why would Satan call to belief in God and virtuous deeds?

So when you recite the Quran, seek refuge with Allah from the accursed Satan.

If we agree on the existence of God, don’t we think that no matter what religion we follow, He will respond to our seeking refuge in Him from Satan?

In other words, why would Satan tell us to seek refuge in God from him?

Even if we had the wrong religion, wouldn’t this weaken his power over us?

The verse can only harm him; it serves no benefit to him – why would he include it?

Remember: The Quran is Only the Quran In Arabic 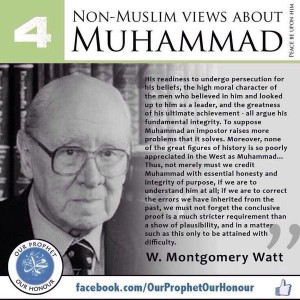 An English speaker must bear in mid that the miracle of the Quran is in the Arabic original.

In fact, the Quran only exists in Arabic; English versions are in reality translations of the meanings of the Quran.

Additionally, it would be appropriate at this point to mention the innumerable scientific miracles scattered throughout the Quran.

As this issue has been dealt with extensively in previous answers on our site, please refer to the following link for a detailed and astounding presentation: Miracles of the Quran

On a personal note, I am a convert Muslim from America who accepted Islam in my youth.

Within the past two years, I have taken up the part-time study of Arabic with an experienced teacher, and by Allah’s Will, I have begun to grasp the meanings of the Quran in its original language.

I can say from experience that my study has vastly improved my appreciation and understanding of the Quran, and I would urge anybody who sincerely seeks to prove its authenticity to him or herself to take up the study of Arabic.

For me, the difference between the original language and the translated meanings is like day and night.

Thank you again for your question, and please stay in touch.

What Is the Proof that Muhammad Was a Prophet?

Was Muhammad A Prophet Or An Opportunist?

Is it True that Prophet Muhammad Was Illiterate?