aaa
Q Dear Sir, If I may ask, are the non-believers deemed to go to hell? If that is so, then isn’t it unfair if there are non-Muslims who are (in conduct) way better than some Muslims, but still destined for hell?

You know, we have to find answers for questions like the one you have raised here, by consulting the Quran and hadith of Prophet Muhammad (peace be upon him). That is because these two are the original sources and foundations of Islam.

So, let us go to the Quran to find what it says about the fate of Non-Muslims:

{Those who believe (in the Quran), and those who follow the Jewish (scriptures), and the Christians and the Sabians,- any who believe in God and the Last Day, and work righteousness, shall have their reward with their Lord; on them shall be no fear, nor shall they grieve.}

Here we find that Islam teaches that all people whether technically Jews or Christians or even Sabians (an ancient religious group) are entitled to be rewarded from God. That is on the condition that they believe in God and the Day of Judgment and lead a good life.

This is quite different than the Jewish and Christian beliefs. Jews believe that the Children of Israel are the ones specially chosen by God for all His blessings. Similarly Christians maintain that those who believe in Christ’s atonement are guaranteed of heaven, irrespective of their actions.

Unlike both these groups, Islam holds that any one who leads a good correct life, here on earth, on the basis that there is a God Who is the Supreme Ruler and Judge of all His creatures, will be rewarded in the hereafter.

Here we need to understand who a Muslim is. A Muslim is a person who submits to God. It is not the name of a caste or race. That is to say, any human can be a Muslim if:

(a) He believes in one and only one God.
(b) He leads a good life by submitting to that one God.

One can ask whether this also is an exclusivist stand. The answer is that there cannot but be a dividing line between good and evil. Those who court evil are naturally excluded from Divine Grace. 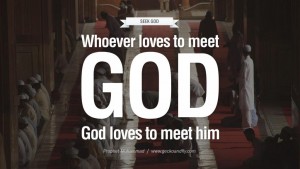 It is a law of nature, (in other words, God’s own law) that we are destined to face the consequences of our decisions and actions. A person’s action is considered good or bad based on the intention behind it. The Prophet (peace be upon him) has said:

‘Actions are judged on the basis of intentions.’

For example, think of a person who unknowingly gave poison to a patient, thinking that it was medicine. If the patient dies as a consequence, we do not consider that person a murderer. It is because the sincere intention was good.

Thus, we can see that many apparently bad actions need not really be bad and vice versa. We can go a little further and say that good intentions in themselves become good, if they are based on the right philosophy or the right belief.

As for our earthly life, we should take care that our actions are motivated by the right purposes, arising from the right beliefs.

Islam provides a philosophy, a world-view, in which the source of all good is the Creator and Sustainer of the universe.

This means that the way of life Islam teaches is divinely ordained and that it is quite in conformity with the principles on which the whole universe functions. It is the same Creator Who has decided that His reward is for those who follow His laws. There is no real sense in saying that He should reward those who deny, even His existence!

A non-Muslim, by definition, is a person who does not recognize God as a Sovereign Law giver Who rewards the good and punishes the bad. 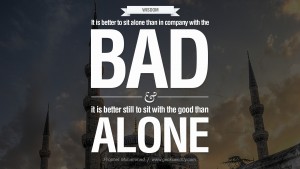 For this reason, he has no claim to any reward from God. He may be doing apparently good deeds; but his good deeds are not based on seeking to do God’s will. So they can only get the instrumentally good results that they can naturally have in this world, and not the reward of the other world which can only come from morally good acts.

As for Muslims, who apparently hold the right beliefs – they will get the Divine reward only if they lead good lives derived from the right beliefs. Islam, unlike Christianity, does not teach that faith alone can save a person. Both faith and exerting effort are necessary; they are the two sides of the same coin.

I hope this answers your question. Please keep in touch.