aaa
Q I need to know if someone did kabaa’er (major sins) in their life, lots of them, then knew he was wrong and stopped them all. He felt sorry and repented. Would he still have to pay back on Judgment Day? Would performing hajj (Pilgrimage to Makkah) erase all the past? Will all past mistakes not be written? Thank you

Short Answer: Allah’s door is open for repentance. It is a door that will not close until the Muslim dies!  Allah accepts repentance if it meets five conditions. A good advice to help you maintain your repentance firmly is to spend time with good people. Finally, performing Hajj erases all past sins.

I would like to begin with mentioning two rules:

The first rule is that Allah (SWT) did not legislate punishments just to torture His servants.

In fact, He did that in order to warn and protect His servants from sinning in the first place.

However, in case of their obedience and avoidance of sins, He says:

{What can God gain by your punishment, if ye are grateful and ye believe? Nay, it is God that recogniseth (all good), and knoweth all things.} (4:147)

The second rule is that Allah (SWT) created us as humans, not angels.

Our humanity leads us to err and make mistakes.

If Allah (SWT) did not destine us to err and make mistakes, then He would have created us as angels.

Angels are a creation which cannot make mistakes in the first place:

{… Angels …, who flinch not (from executing) the Commands they receive from God, but do (precisely) what they are commanded.} (6:66)

The Prophet (peace be upon him) said:

“By Him in Whose Hand is my life, if you were not to commit sin, Allah would sweep you out of existence and He would replace [you by] those people who would commit sin and seek forgiveness from Allah, and He would have pardoned them.” (Sahih Muslim)

Nevertheless, this doesn’t mean that the Muslim should be led by his sins and surrender to his desires and whims. This only means if the Muslim sins, one should not feel despair after that.

Thus, the punishment is never there to torture the servant, but to protect him or her from his capacity to sin.

After realizing these two points, we need to know that Allah (SWT) kept His door open for repentance.

It is a door that God will never close until the Muslim dies!

The Prophet (peace be upon him) said:

“Allah accepts a slave’s repentance as long as the latter is not on his death-bed [that is, before the soul of the dying person reaches the throat].” (Sunan At-Tirmidhi)

{He is the One that accepts repentance from His Servants and forgives sins: and He knows all that ye do.}  (42:45)

{But, without doubt, I am (also) He that forgives again and again, to those who repent, believe, and do right, who, in fine, are ready to receive true guidance.}  (20:82)

In this, there is no difference between sins, whether a few or many, for Allah Almighty says:

{Say: “O my Servants who have transgressed against their souls! Despair not of the Mercy of God: for God forgives all sins: for He is Oft-Forgiving, Most Merciful.}  (39:53)

{God accepts the repentance of those who do evil in ignorance and repent soon afterwards; to them will God turn in mercy: For God is full of knowledge and wisdom.}  (4:17)

{When those come to thee who believe in Our signs, Say: “Peace be on you: Your Lord hath inscribed for Himself (the rule of) mercy: verily, if any of you did evil in ignorance, and thereafter repented, and amend (his conduct), lo! He is Oft-forgiving, Most Merciful.} (6:54)

The only persons whom Allah (SWT) does not accept their repentance are those whom He mentioned in this verse:

{Of no effect is the repentance of those who continue to do evil, until death faces one of them, and he says, “Now have I repented indeed;” …}  (4:18)

So, when is it that Allah (SWT) accepts repentance?

He accepts it if it meets the following conditions:

1- You must admit the guilt, knowing the prohibition of the act you have done.

2- You ought to feel remorseful for your sinful deeds. This indicates that, from the bottom of your heart, you feel sorry for that mistake.

3- If a person happens to be the victim of wrong actions, compensation must be made, i.e., a person robbed of his property, for instance, must be indemnified, either through restitution in integral or by paying back for damages. Thus, to prevent dissension and dispute, people’s rights huquq-l-`ibaad (rights of God’s servants) must be settled.

5- And, of course, you must pray to Allah for forgiveness

If the Muslim achieves all these conditions, then repentance will be accepted insha’Allah, without punishment on the Day of Judgment.

A good advice, to help you maintain your tawbah (repentance) firmly, is to spend time with good people.

This will help you act properly, according to ethics that pleases God, as well as maintaining His obedience.

Any Muslim should choose good Muslim friends and good people to socialize with. So try to focus on going to the masjid (mosque), reading Quran every day, attending Islamic classes and be away from any company that does not remind you of Allah. Increase your optional salat (prayer), siyam (fasting) and paying sadaqah (charity) as much as you can.

Always keep in mind that Allah (SWT) is more merciful than we expect.

Whatever sins a Muslim might have done, are really nothing if compared to Allah’s encompassing mercy.

So, all previous mistakes will not be recorded as long as repentance meets the conditions of sincerity. 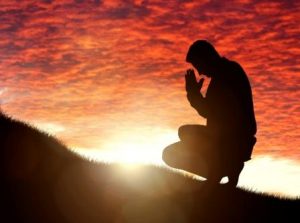 Finally, regarding your question about hajj and erasing sins, I would tell you that hajj, in itself, can be regarded as a declaration of your repentance.

Simply, performing it erases all the past!

Abu Huraira reported that the Prophet (peace be upon him) said:

‘He who came to this House [the Ka’ba] [with the intention of performing pilgrimage], and neither spoke indecently nor did he act wickedly, would return [free from sin] as on the [very first day] his mother bore him. (Sahih Muslim)

May Allah guide us to the straight path, which pleases Him- Ameen.

Also, if you have any further comments, please write back.

Will Allah Ask Us About Sins We Repented From?

I Hate My Past: Will My Sins Determine My Future?

Allah Loves to Forgive Sins, So Turn to Him