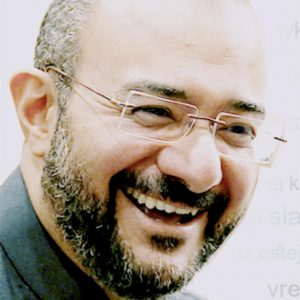 Jasser Auda is a Professor and Al-Shatibi Chair of Maqasid Studies at the International Peace College South Africa, the Executive Director of the Maqasid Institute, a global think tank based in London, and a Visiting Professor of Islamic Law at Carleton University in Canada. He is a Founding and Board Member of the International Union of Muslim Scholars, Member of the European Council for Fatwa and Research, Fellow of the Islamic Fiqh Academy of India, and General Secretary of Yaqazat Feker, a popular youth organization in Egypt. He has a PhD in the philosophy of Islamic law from University of Wales in the UK, and a PhD in systems analysis from University of Waterloo in Canada. Early in his life, he memorized the Quran and studied Fiqh, Usul and Hadith in the halaqas of Al-Azhar Mosque in Cairo. He previously worked as: Founding Director of the Maqasid Center in the Philosophy of Islamic Law in London; Founding Deputy Director of the Center for Islamic Ethics in Doha; professor at the University of Waterloo in Canada, Alexandria University in Egypt, Islamic University of Novi Pazar in Sanjaq, Qatar Faculty of Islamic Studies, and the American University of Sharjah. He lectured and trained on Islam, its law, spirituality and ethics in dozens of other universities and organizations around the world. He wrote 25 books in Arabic and English, some of which were translated to 25 languages.